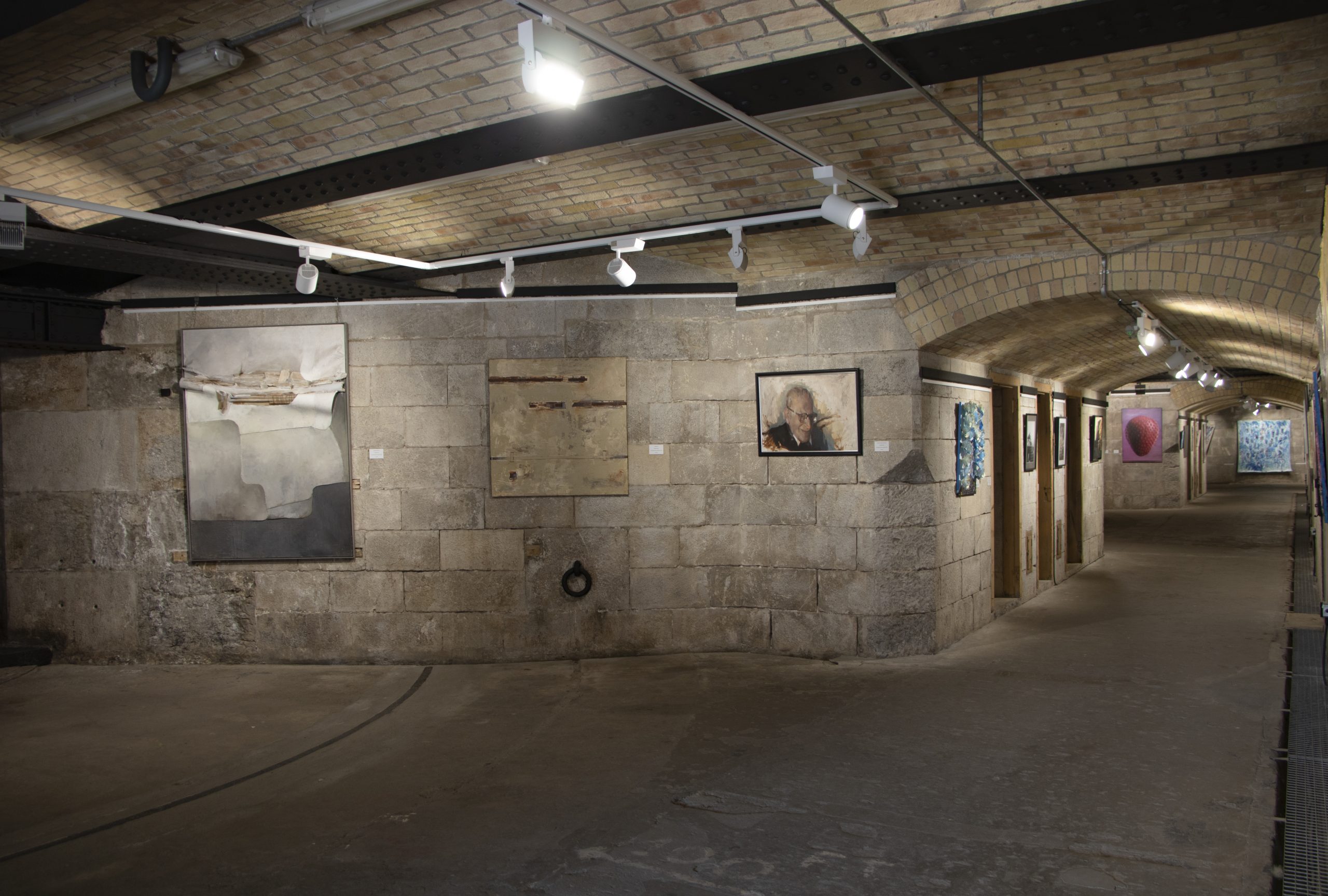 Opening Times
Monday to Friday 11.00am to 3.00pm, Free Entrance (late opening on Tuesday and Thursday to 6.00pm)

GEMA – The Gibraltar Exhibitions of Modern Art Gallery – was officially inaugurated on Tuesday 10th November 2015 by the Minister for Culture, the Hon Steven Linares. This unique gallery space located in Montagu Bastion, Line Wall Road was re-dedicated on the 23rd October 2018, with the aim to celebrate the work of Gibraltarian artists and to showcase the artworks in the Government Art Collection.

Previously the refurbished historical Montagu Bastion was used as a store for many years.

The original stone walls create a distinctive backdrop for the collection of art, which includes paintings, sculpture, video, installation and photography. The three vaults that make up the space display previous winners of the main art competitions held annually in Gibraltar: The International Art Exhibition; The Young Art Competition, and The Spring Visual Arts Competition. Exhibitors and visitors alike comment that the remarkable surroundings positively enhance the artworks on display.

The Bastion Gallery serves the dual purpose of showcasing modern art as well as offering a site of heritage value for locals and tourists alike. The space also proves to be a popular cultural hub. The venue has played host to many cultural functions and events, to include art, fashion, and dance workshops, a live music programme, book launch, yoga event and for the first time in October 2019, a five act play.

To promote and provide a platform for up and coming artists, and to continue to put the gallery on the artistic map, artists have been offered the opportunity to showcase their works within the space. This has culminated in a large variety of artworks being displayed, from both newer artists to more established ones. They have been able to exhibit and sell their work. Recent exhibitions have included Karl Ullger’s “Passport to Our Future”; a pop-up show by Beatrice Garcia; “Sit for Calpe House Photographic Exhibition”; Paul Cosquieri’s “Paintings to Dance To”, and The Heritage Trust’s collection of winners from their annual painting exhibition, Victor Quintanilla’s “Cosmos” sculpture exhibition, amongst others.

Gibraltar Cultural Services continuously works to promote the artworks on display at the gallery with tours for school children and an art treasure hunt to add a fun element. We encourage all members of our community to enjoy the art and the space, and for it to be accessible and inclusive, entrance is free.

It is thought the Bastion was originally built by the Moors. Under British rule it was rebuilt and enlarged into a five sided bastion.

It was named after Ralph Montagu, Marquis of Monthermer, made First Duke of Montagu in 1705, a year after the capture of Gibraltar. It was sited at the end of the Old Mole and was covered by the Montagu Counterguard. The Chief Engineer, William Green wanted to place a 10 inch mortar in a bonnette in front of Montagu Battery. The battery was built between 1730 and 1738 and its first guns were mounted in 1735.

Journal records of Colonel Drinkwater dated 1782 during the Great Siege of Gibraltar, and a report by General Jones in 1841 give details of how the bastion evolved over the years. In 1744 it mounted nine iron 18-pounder guns. By 1859 Montagu Bastion had become the most powerful bastioned fortification in Gibraltar, by 1859 it mounted twenty nine guns. These armaments, and later additions were eventually considered obsolete and were finally removed in 1907.