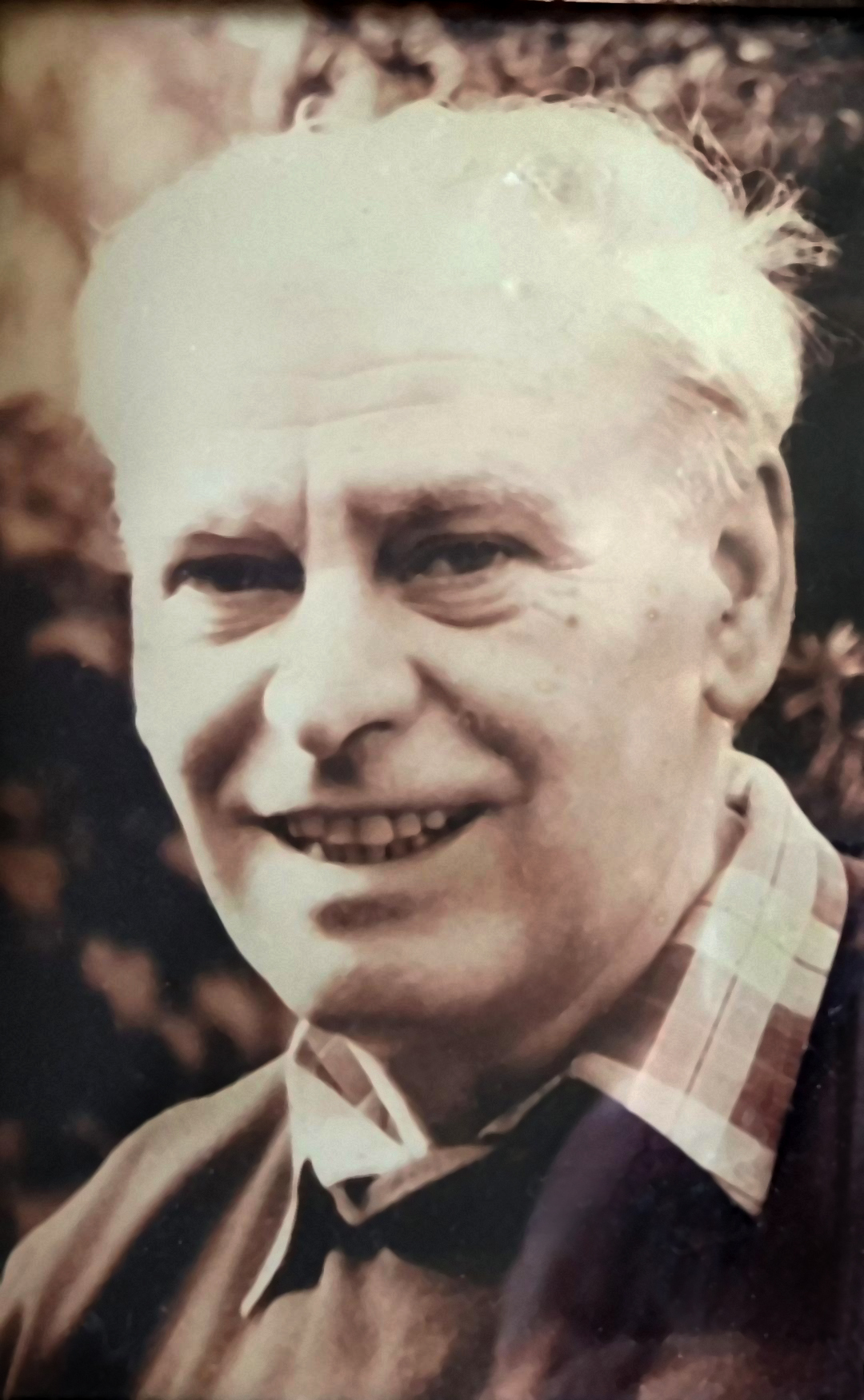 Elio Cruz was born in Gibraltar on 2nd October, 1931. The artist moved to London in 1958 where he worked as a teacher, retiring as deputy head. Although he settled down in the capital and lived there until his death at the age of 88 in 2019, he always remained connected with Gibraltar contributing in a major way to the arts and to local theatre.

Elio Cruz is mainly recognised as a playwright. His most popular play ‘La Lola se va pa Londre’, captures a part of the Rock’s social history in the days of patio life of the 1950s and 60s. From 1956 onwards he wrote many one act plays for the Gibraltar Drama Festivals until the late 60s as well as other full-length plays all mostly written for Group 65 and St Joseph’s Drama Group which would amalgamate to become Group 70 in 1970. He also wrote poetry, was a keen photographer and designed many theatre programmes and posters including for Gibraltar’s cultural festivals. One of the original members of Los Trovadores he wrote the lyric to the Gibraltar anthem ‘La Plegaria a La Virgen de Europa’.

Elio was an accomplished and prolific painter mostly working with acrylics producing many of his work from the mid-1950s through to the 1990s. His art is inspired by nature, forms and patterns, it is organic and minimalist. Much of it is pure simplicity, with strong echoes of the Rock’s majestic shape and impacting outline but he also created intricate pieces.

In his art we also find strong influences of Finland’s landscape and forests of trees. Fascinated by Finnish culture and language he owned a large collection of books on the subject and even attended a conference on Finnish literature in London in 1999. But Elio’s work also brings into play other elements such as Aboriginal work, Icelandic inspirations, Islamic art, the Bauhaus movement and Tibetan art.

Few of his paintings come as single works, most forming parts of series. There is strong evidence that he observed nature in great detail in the same way as he observed people and his beloved cats. Elio only named very few of his paintings, saying: “They don’t have titles. They exist. That’s it. They are pictures”.

As an artist Elio was far ahead of his time which is probably the reason his paintings never sold well. Nevertheless, he impressed judges over the years winning the 1st prize in the Calpe Artists’ Competition in 1956 and again in 1957 for his paintings ‘View From Europa’ and ‘Carnac’.

In 1991, as part of the Gibraltar Festival he presented a photographic exhibition, ‘Alaska and the Rockies’.

Elio continued to paint into his senior years. Inspired by nature, he experimented with colour, light and shapes. All this was evident throughout his work presenting a sense of freedom, intricate patterns, atmospheric creations and the natural environs which nature both presents and offers.

Gibraltar Cultural Services paid tribute to Elio Cruz curating an exhibition at the John Mackintosh Hall entitled ‘One Man Many Talents’. A book of the same name was also published. The exhibition featured a collection of over 90 artworks donated to the Government by the artist himself before his death on 14th June 2019. The exhibition not only showcased his talent in multiple areas of the arts, but also his unique and unwavering affinity with the Gibraltarian people and identity. At the launch of the exhibition, Chief Minister, the Hon Fabian Picardo QC MP, announced Elio Cruz was to be posthumously bestowed the Gibraltar Medallion of Honour.