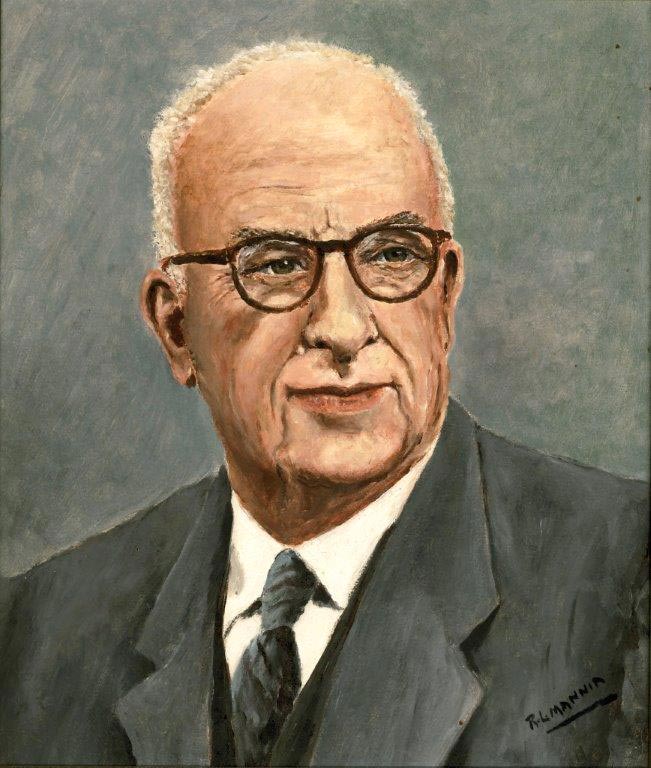 Even in life, Rudesindo Mannia was regarded as a prominent artist in Gibraltar, particularly renowned for his detailed Gibraltarian landscapes.

Mannia was born in 1896 and lived to the age of 83. He was married and had a daughter called Pepi (Josephine). Except for the time during WWII when he was evacuated to Northern Ireland, he lived in Gibraltar all his life. He had been deaf in one ear since childhood due to having contracted scarlet fever.

Rudesindo painted mostly in oils, although he also experimented with acrylics, pastels, charcoal and water colours. He created a high volume of paintings and tended to sell them at reasonable prices as he felt his art was meant to be enjoyed. Other than a painter, Mannia was also a photographer and art teacher.

His reputation and achievements in art are now held in great esteem both in Gibraltar and beyond. In 2005 The Gibraltar Government completed seventeen new buildings in the Edinburgh Housing Estate. Each building was to be named after an important leading Gibraltarian. One of the buildings was befittingly named after Rudesindo Mannia.

The award for the best young artist at the annual Gibraltar International Art Exhibition competition is named after him also: The Rudesindo Mannia Prize.

Posthumously, in 2008, Mannia was awarded the Gibraltar Medallion of Honour for services to art, further highlighting this artist’s importance and legacy in Gibraltar.