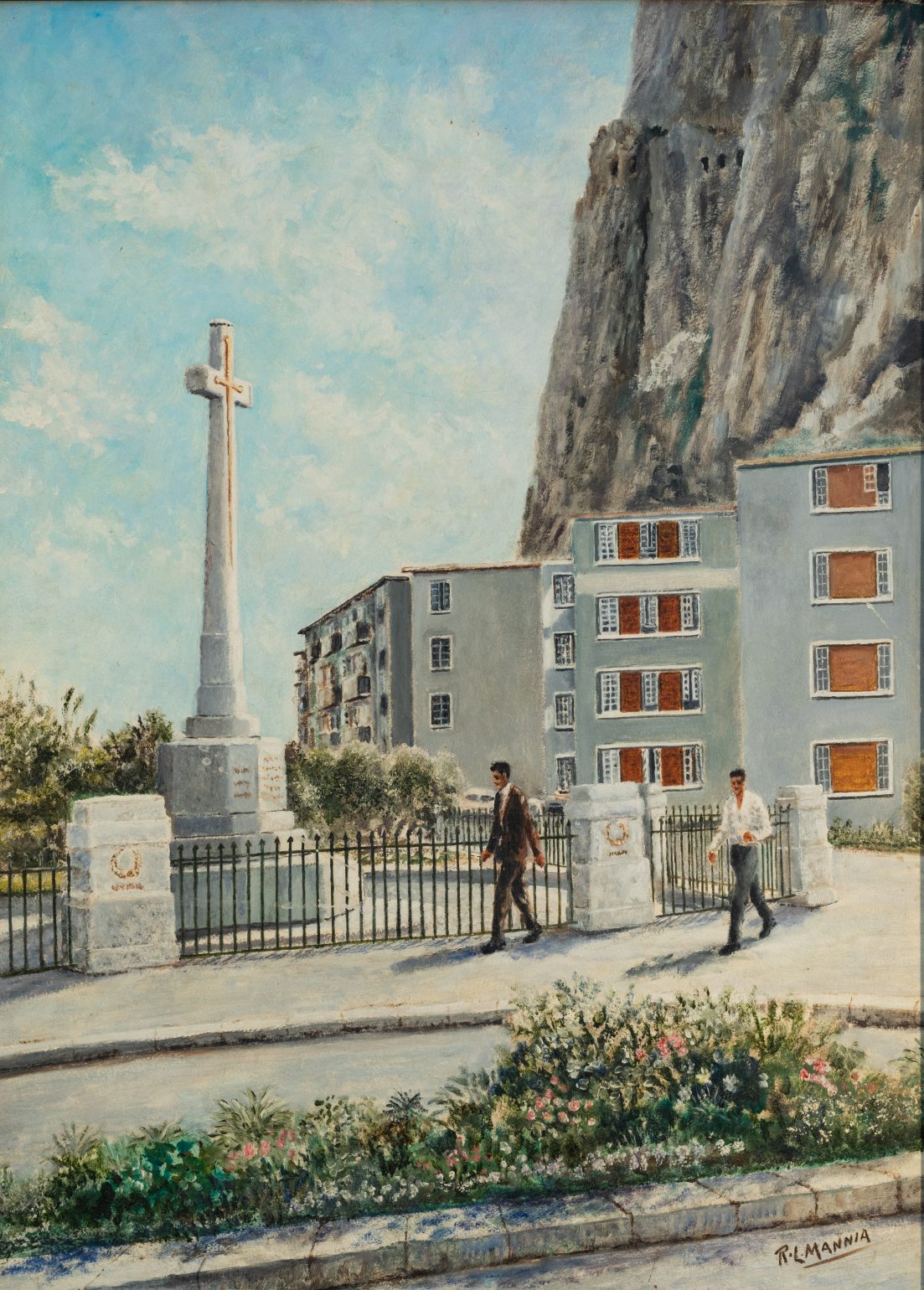 Painted in 1968, this is one of a long series of works Rudesindo Mannia painted which now form a superlative record of Gibraltar during the mid 60s and 70s. As is common with Mannia, figures form part of the canvas adding a different element to the landscape and architecture. Figures of two men walk past the Cross of Sacrifice, a commemoration to the fallen during the First World War. The recently built Laguna Estate blocks can be seen in the background on the right, and the impressive North Face of the Rock looms discreetly over the scene. The painting imparts an important message about the transience of life – the humdrum of accommodation for the living against a visual representation of the long dead.