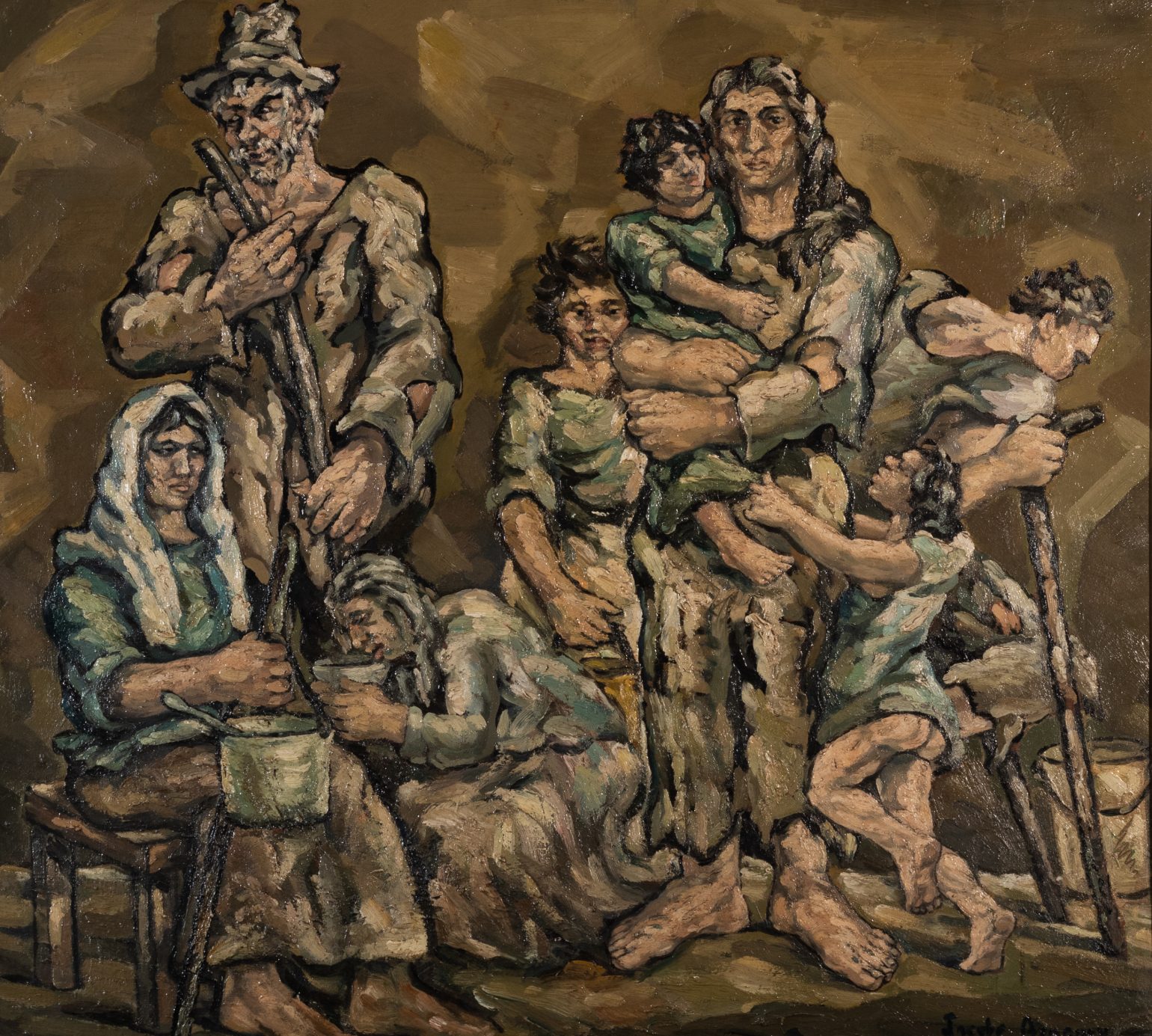 A striking composition by Azagury, probably painted during the artist’s time in Funchal during the evacuation from Gibraltar in World War II. During this time the artist created a series of works depicting the down-and-outs of the island. His usual stylistic traits are visible in this work: strong, muscular, almost sculptural figures with disproportionate limbs that give his characters a larger-than-life status and grotesque appearance. The painter, in his choice of subject matter and in his depiction of it, is making a statement about the human condition. He does not shy away from the roughness of life, the hardships of certain sub groups in a time when poverty was widespread and the poor had little chance of upward mobility to escape their harsh reality. The oversized hands and feet speak to the manual labour of his sitters, with their swollen, callused, damaged extremities. There is a strong influence of El Greco, and also the influence of the German Expressionists, especially Oscar Kokoshka in the laying of the paint. On the sculptural side there is an influence of Rodin. As his restricted dull palette shows, Azagury was not a colourist, he was mainly interested in the expressive form.