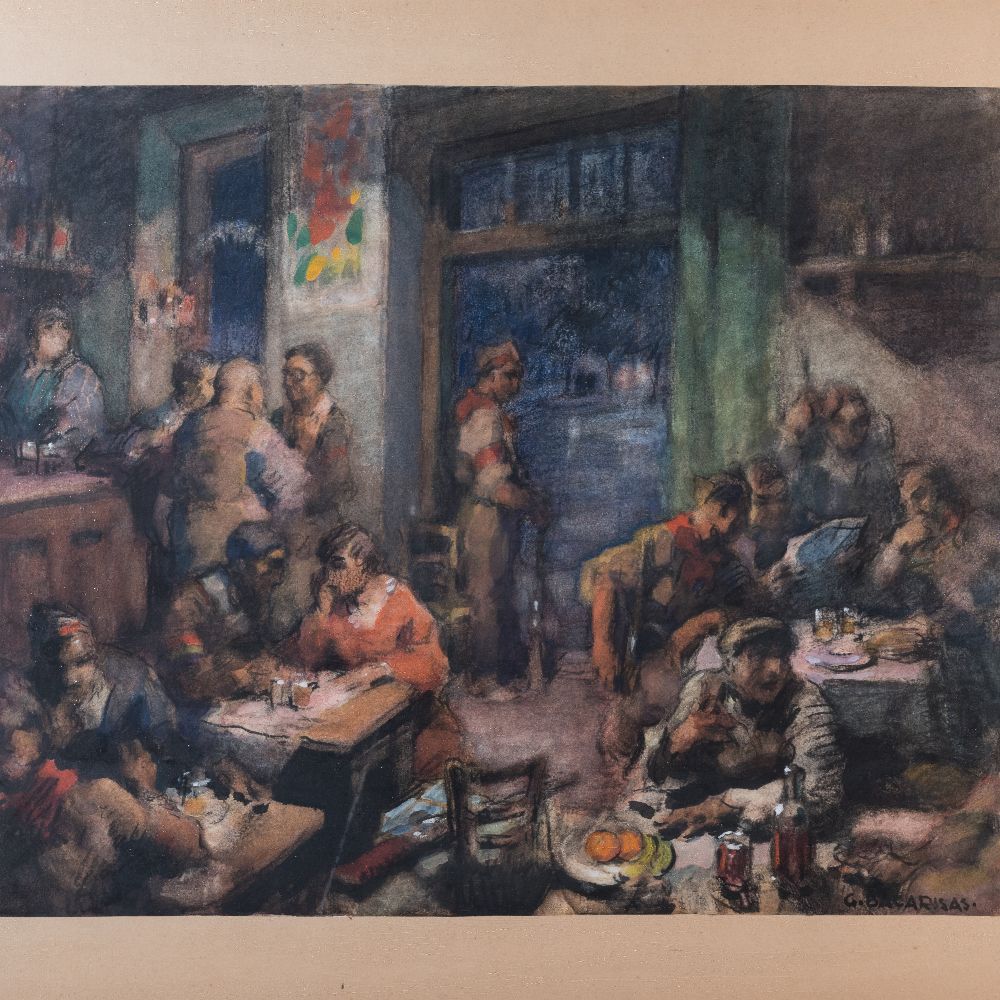 Gouache and Charcoal on Paper
48x59

Gustavo Bacarisas created a series of eight works on the subject of the Civil War in Spain (1936 – 1939). After much travelling around the world, from Italy, to France, to Argentina and to the United States of America, Bacarisas settled in Seville in 1915 and was still there when the war broke out. He and his wife, fellow artist Elsa Jens, took refuge in Gibraltar until the war ended, but before he left war stricken Spain, he painted this series. The works would have been seen as politically controversial at the time, and Bacarisas was fully aware of the potential repercussions should they have fallen into the wrong hands. It appears he kept them hidden for years, although it is unknown if they remained in Spain or were taken to Gibraltar. Eventually they resurfaced, hidden at the back of a wardrobe in his house in Seville, after the Second World War. Each painting displays a scene of the turmoil and horror of war, a snap shot of Bacarisas’ interpretation of how it was experienced by the ordinary people of Spain. Of the eight works, seven form part of HMGoG Art Collection, they are: ‘Paqueo en la Calle’; Milicianos en la Gran Via’; ‘Interior de Taberna’; ‘El Convoy’; ‘Desfile de Santa Barbara’; ‘Ninos Jugando’, and ‘El Interrogatorio’. In 'Interior de Taberna' Bacarisas captures the atmosphere of the times. Figures huddle in small groupings whispering to each other, seemingly afraid that their conversations will be overheard. A lone figure stands guard at the door holding a rifle. Even in this social setting Bacarisas relays a feeling of overwhelming tension, most certainly attributable to the climate of Civil War.