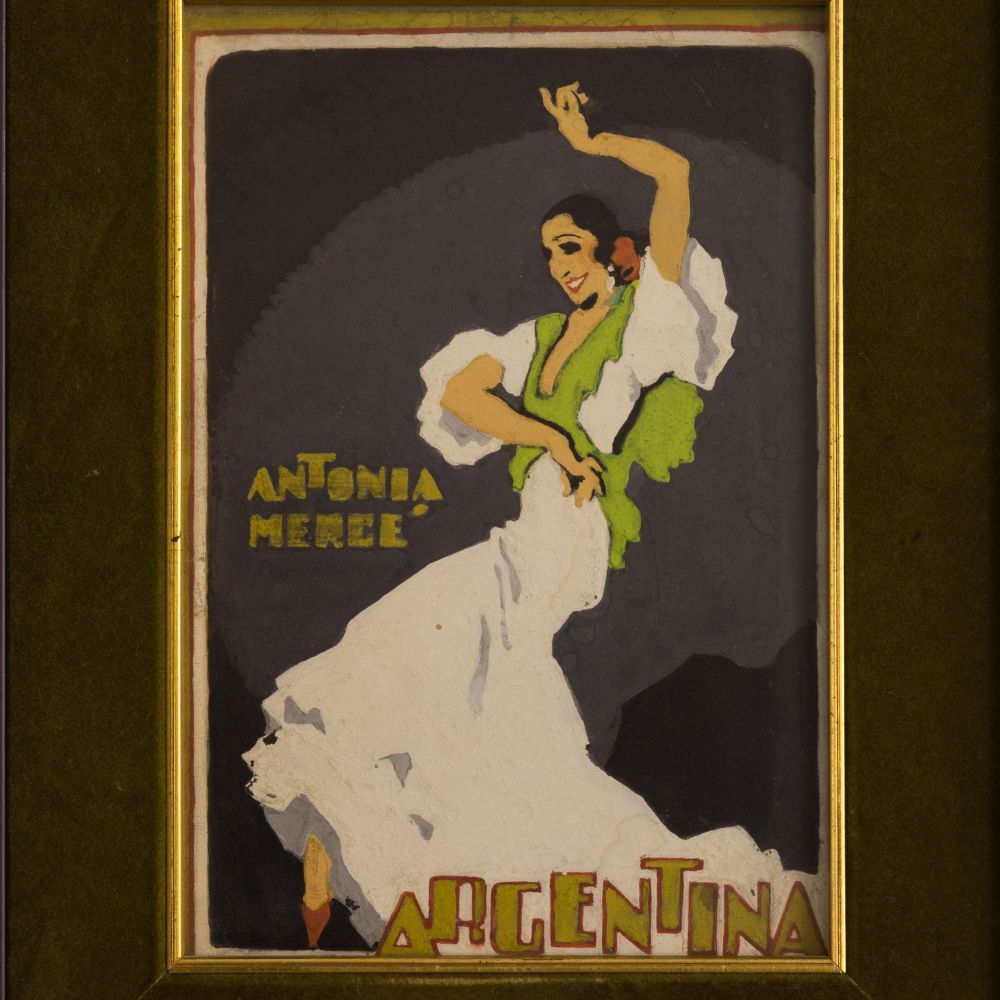 This poster is another example of Bacarisas' broad talent: an artist who was always exploring different styles using different materials and ways of expression. ‘La Argentina’ was the stage-name of Antonia Mérce, a famous dancer born in Buenos Aires in 1890. She performed at prestige venues such as the Teatro Real in Madrid, the Moulin Rouge, and Theatre des Champs Elysees. Both Mérce and Bacarisas worked on the set of ‘El Amor Brujo’ in Madrid, Mérce as a dancer and Gustavo as a costume designer. They may have also shared social connections as both worked in the Arts scene in Paris. In the style of a poster, the artwork appears to be inspired by the Art Deco movement of the 20s and 30s. There are strong sculptural lines and vivid colours in the figure, which are in contrast to the dark background. It is somewhat similar to his decorations for the Argentine Pavilion in the Ibero-American Exhibition that took place in Seville in 1927.