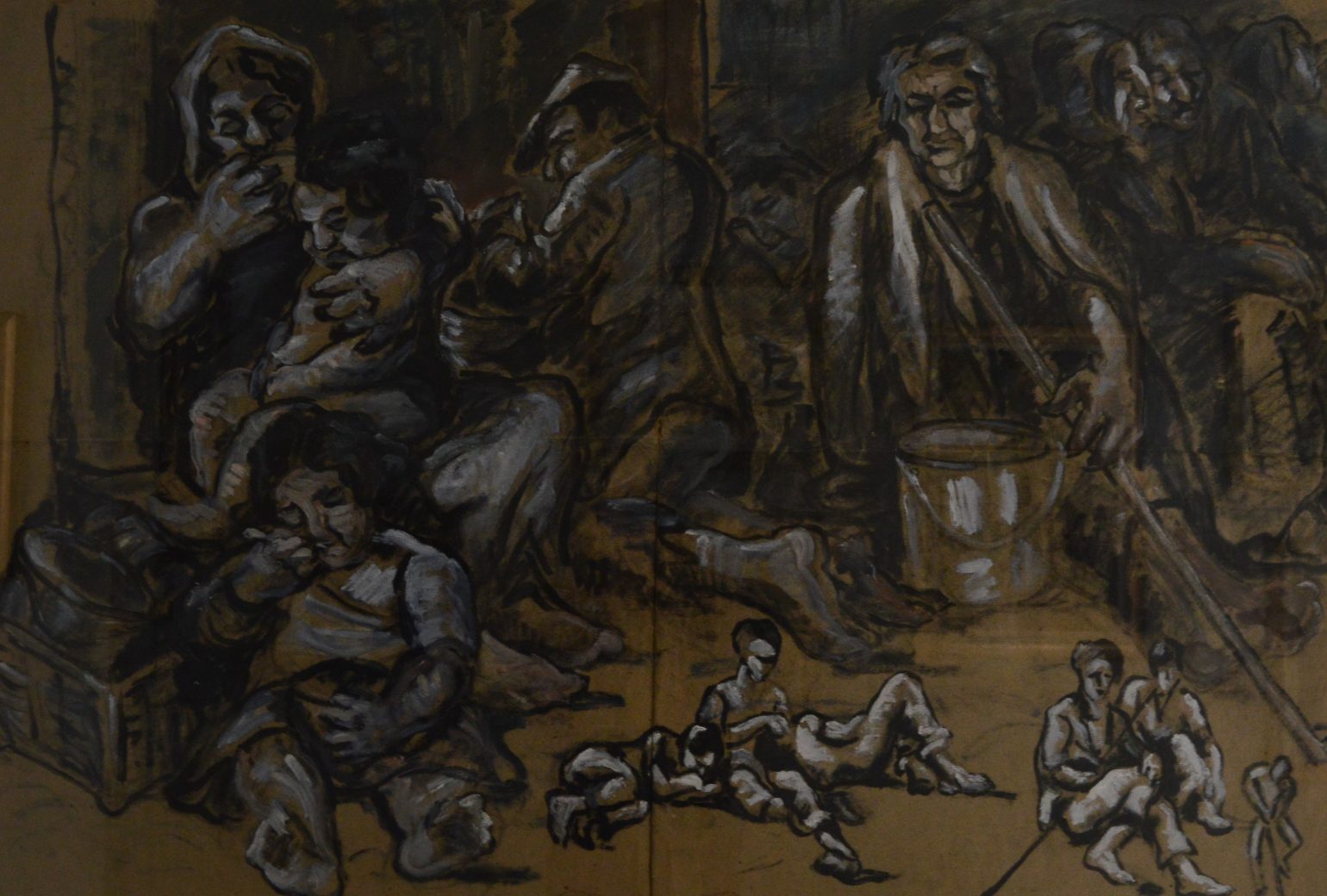 This is one of the major pieces by Jacobo Azagury in the Government’s art collection and the study of one of his most accomplished works. The preparatory study is in fact larger than the finished piece showing arguably some more ambitious features. The figures depicted are society's working class, 'the forgotten ones', and very much in line with the ‘Costumbrismo’ trend in Spain, where local characters, traditions and scenes of daily life were depicted. Azagury is experimenting in this study and not conforming to accepted academic proportions, even though he had studied these in Spain and was extremely skilled and accomplished in the depiction of anatomy. He has used charcoal and gouache and opaque watercolours. Colouring is simple but effective, the white strokes adding form and contrasting against the black outlines and grey shading. As is typical of Azagury he focuses on the muscular almost sculptural quality of the characters, exaggerating the hands and feet of the larger figures. Influences can be detected from masters such as El Greco, Goya and Zuloaga. The rawness is part of the study's allure, with the finished piece being one of his most expressionistic works.