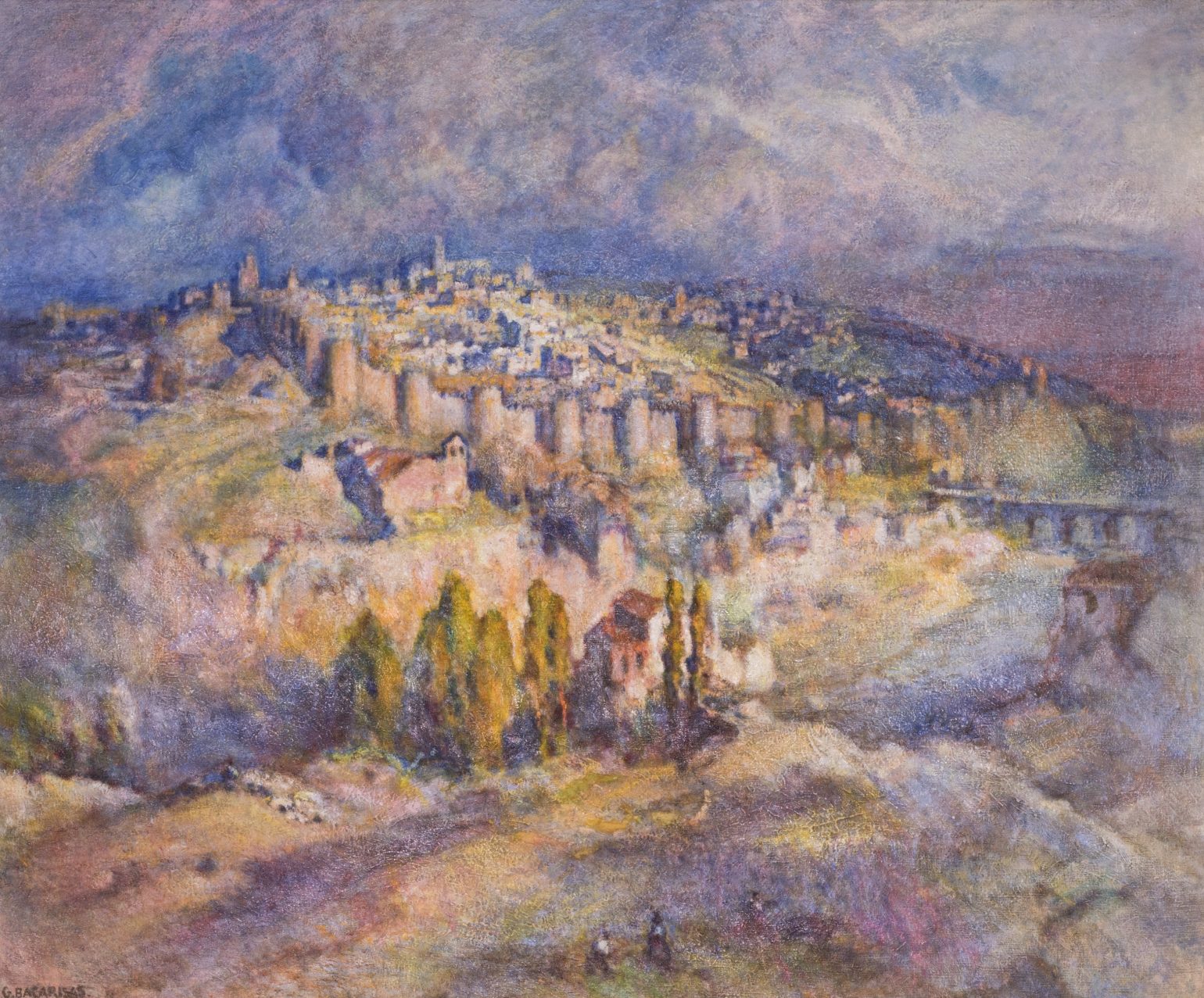 This artwork is one of the jewels of the Government's Art Collection, with the painting having a very interesting and chequered history. Gustavo first started Avila in the late 1920s, taking it with him when he moved to Madrid in 1933 which must have been quite a feat as it stands just over two meters high. In 1936 civil war broke out in Spain and the artwork remained in his studio, whilst Gustavo (aged in his 60s) and his wife Elsa exiled themselves back to Gibraltar and later moved to Madeira at the start of WWII. During this time his studio in Madrid was bombed and a major fire broke out. For many years Bacarisas feared the painting was lost. However the painting resurfaced during the late 50s, albeit damaged. This is the painting we now have, the subject a birds eye view of Avila, Spain, the city of the great mystic St Theresa of Avila. Gustavo Bacarisas was a staunch Roman Catholic therefore we can interpret certain ideas drawn from theology in it's elaboration. Another sure influence are the large 'Giverny' paintings by Calude Monet which were already exhibited in Paris by the 1920s which Bacarisas would have seen on his many trips to the Capital. The influence can be seen in the thick impasto paint used. The painting has recently undergone restoration to remedy the sagging of the canvas, caused by the weight of paint applied heavily.