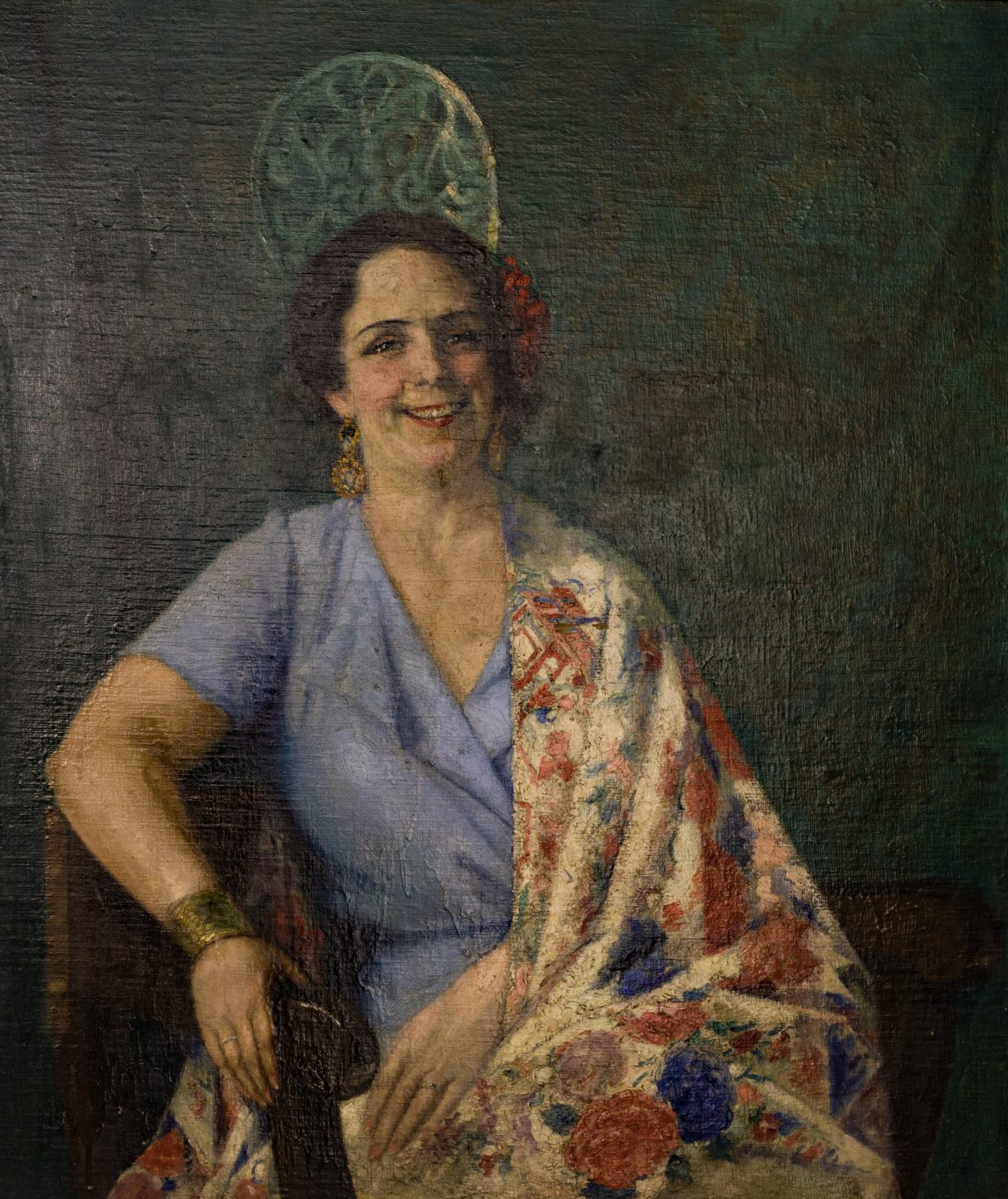 In this work Gustavo Bacarisas depicts the portrait of well-known Spanish singer and actress Imperio Argentina who was born in Argentina. Imperio was the daughter of artistic parents; her father Antonio Nile was a guitar player originally from Gibraltar. Her mother Rosario del Rio was an actress from Malaga, Spain. Imperio was born in Argentina as her parents moved there to pursue their chosen professions. Judging by the perceived age of the sitter, (she was born in 1910 and died in 2003), Bacarisas probably painted this work during the 1930s. Imperio Argentina’s speciality was the Spanish song genre of “La Copla”. Here she is portrayed with her “peineta” hair accessory and traditional shawl “manton de Manila”, attributes of her recognisable stage style and persona. She smiles at the artist, possibly alluding to their relationship, they could have been friends, due to the Gibraltar connection. One senses a complicity between subject and artist. The paleness of her skin is set off and reinforced by the luminous green blue background