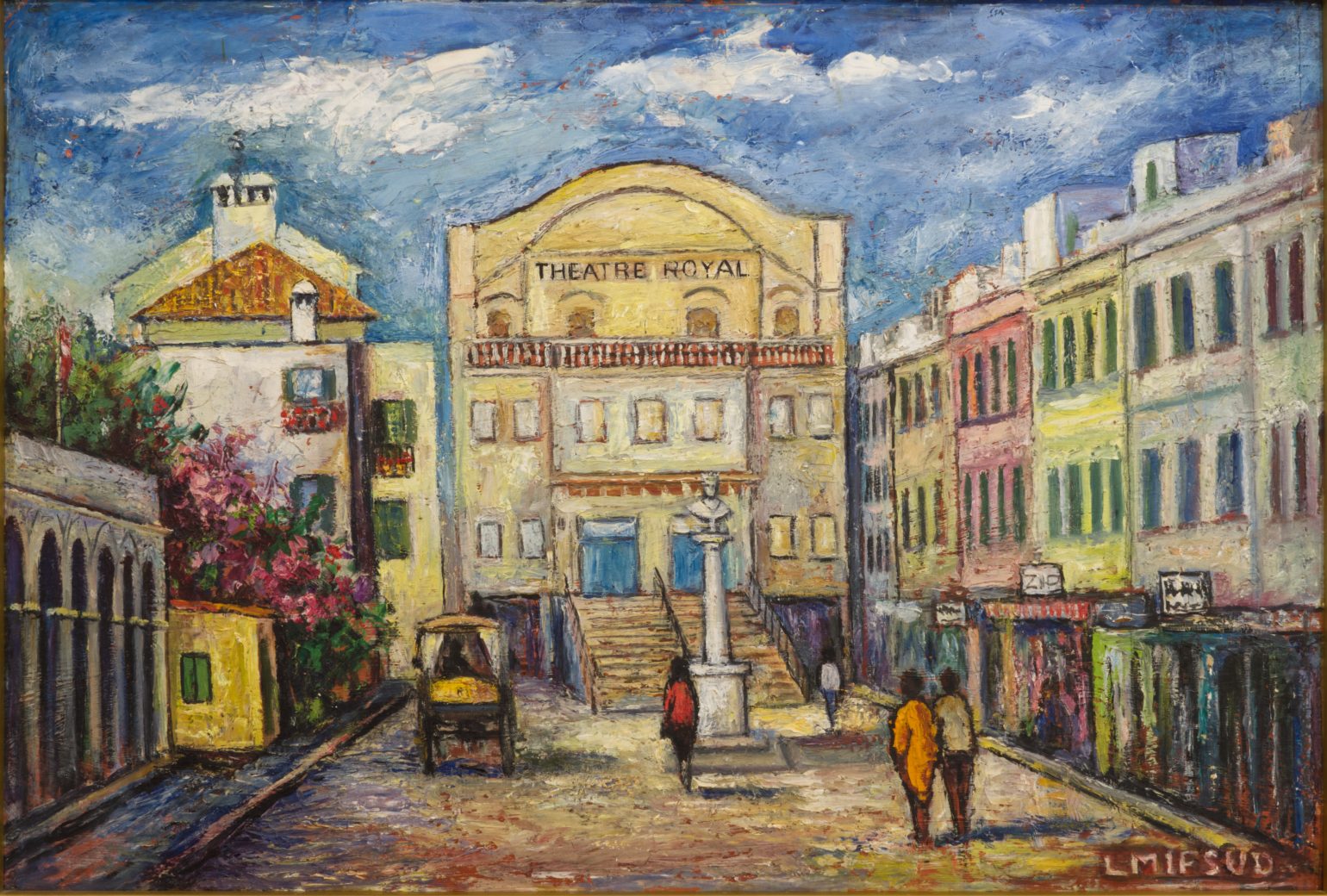 This is a view of the square and façade of the old Theatre Royal, a hub of theatrical and musical activity since its inauguration in the mid 19th century. The painting was probably completed in the early 1960s as the buildings that can be seen on the left were removed later that decade. The bust of Queen Victoria depicted in the centre of the canvas has since been moved towards the area of Governors Parade. It is a charming and colourful scene which also shows the old hackney horse carriages, of which there were only three or four in town. The pink flowers, the arches and the sky all provide extra interest to the scene.