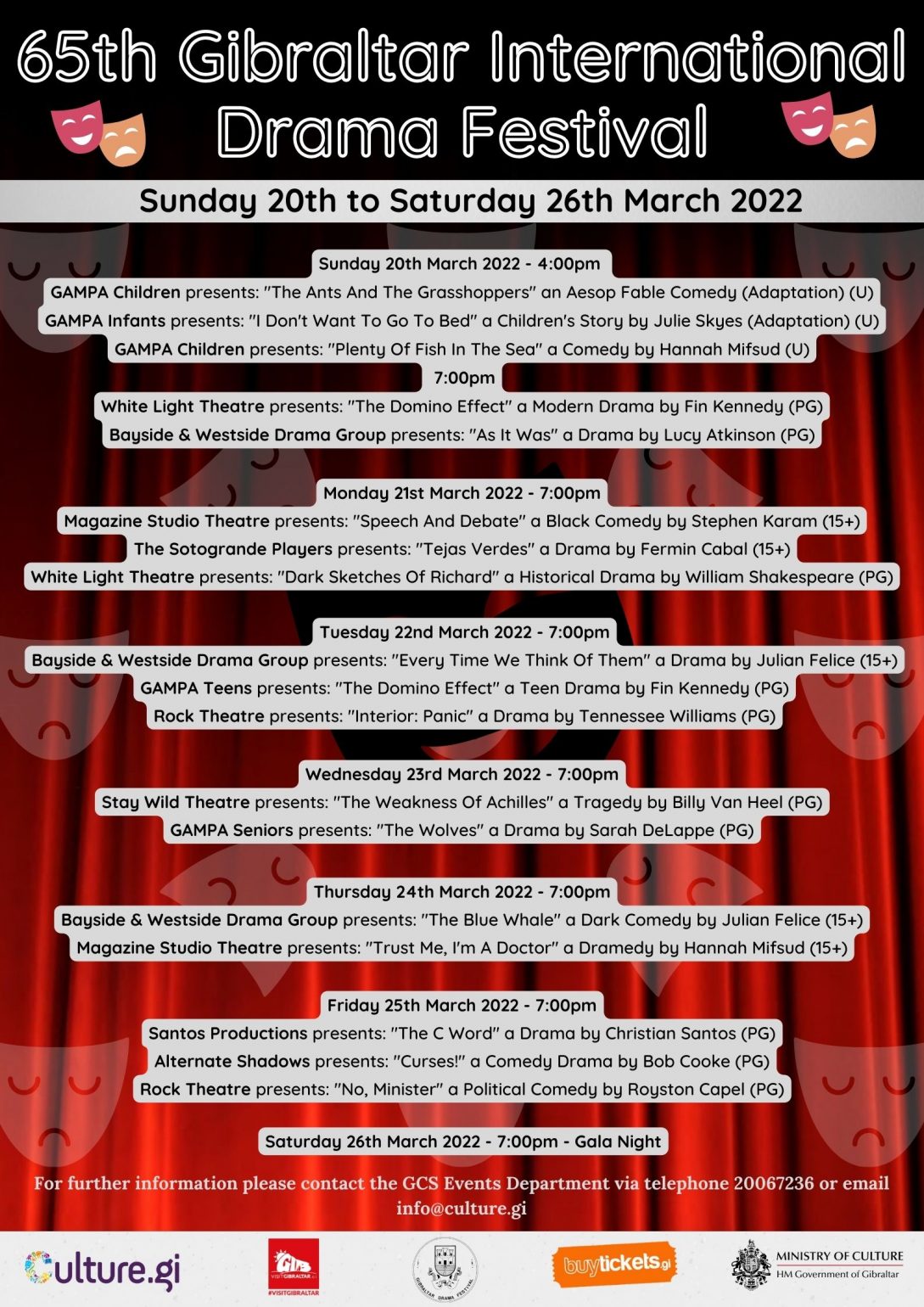 Gibraltar Cultural Services (GCS), on behalf of the Ministry of Culture, is pleased to announce the programme for the 2022 Gibraltar International Drama Festival that will be held from Sunday 20th to Saturday 26th March 2022. All eighteen performances will take place at the Ince’s Hall Theatre as follows:

1. GAMPA Children presents: ‘The Ants And The Grasshoppers’, an Aesop Fable Comedy (Adaptation) (U)

2. GAMPA Infants presents: ‘I Don’t Want To Go To Bed’, a Children’s Story by Julie Skyes (Adaptation) (U)

3. GAMPA Children presents: ‘Plenty Of Fish In The Sea’, a Comedy by Hannah Mifsud (U)

2. Bayside & Westside Drama Group presents: ‘As It Was’, a Drama by Lucy Atkinson (PG)

1. Bayside & Westside Drama Group presents: ‘Every Time We Think Of Them’, a Drama by Julian Felice (15+)

Gala Night – The Festival Gala Night will include the top two or three plays as well as the overall winning play. The awards ceremony will follow the staging of plays.

Tickets for the festival will be on sale via www.buytickets.gi as from Monday 28th February 2022. Ticket prices will be as follows:

All attendees will be required to present either proof of Covid vaccination or a negative result from a lateral flow test (taken within 24 hours of attendance).