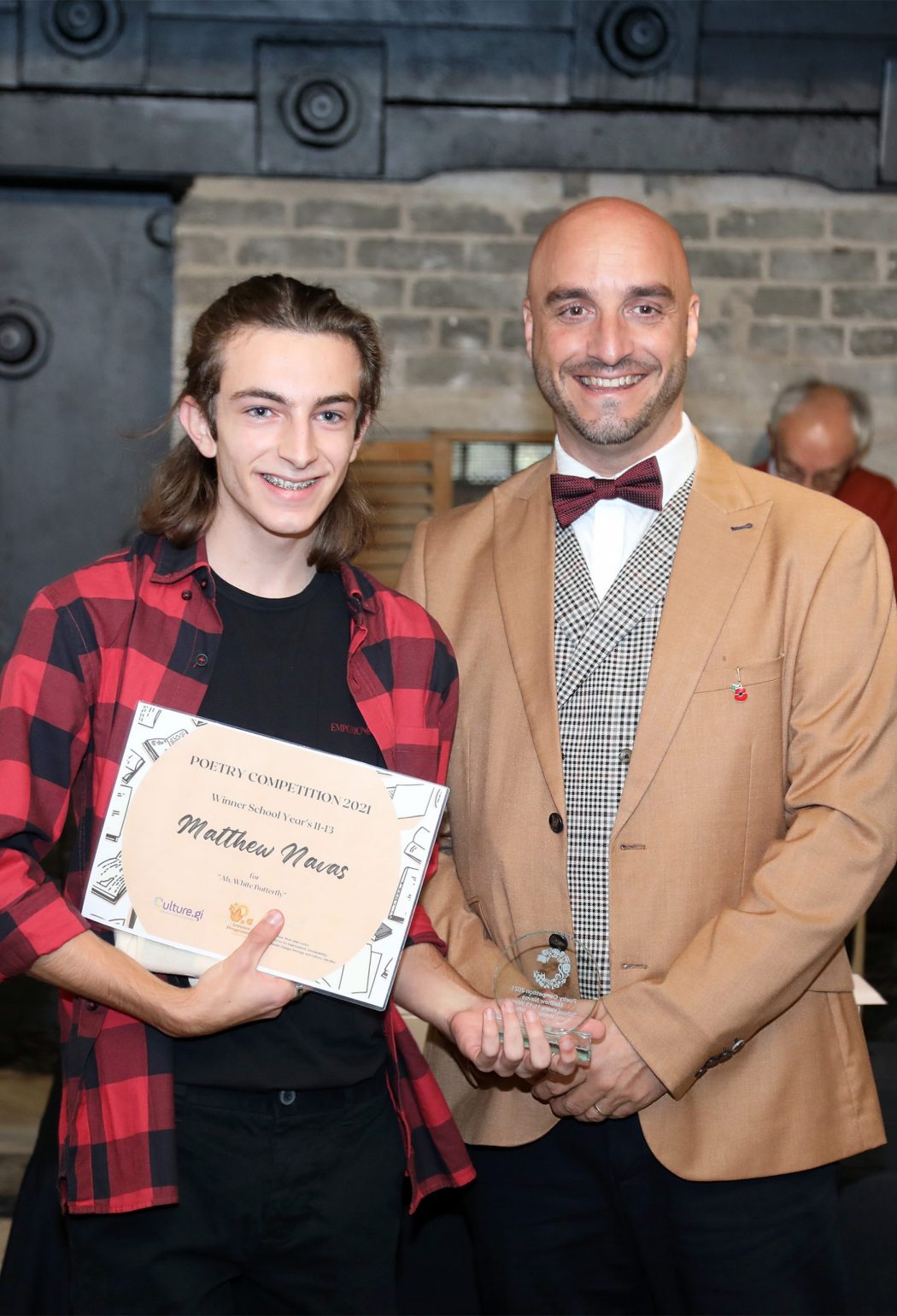 How swiftly flown you flew.

Gliding on winds to an unfulfilling destination

Known by so many, yet so few.

Loud symphonic cacophonies towards the end,

Reminiscent of when we would listen and absorb

Frank Sinatra’s “Fly Me To The Moon”.

I hope you’ve made it there.

I wish your cocoon would have remained shut.

Mine is scattered and layered with unanswered questions,

Tears on your unboundedly loving wings,

But, polluted with petulant, pugnacious bleakness,

You painted my wings.

You pollinated my mind with irreplaceable experiences

To fly is to live, to know

To wish, to dream, to wonder what if and why.

I need to understand.

Please, do not fly.

Soar up, above the clouds and firmament

Above the sadness and overwhelming conflict

Soar into the stratosphere

Your great white wings propelling you

Fly to the moon

Until we can fly together again, Grandpa.

“This is an engagingly moving and hopeful poem. We have to deduce who the white butterfly stands for. This is a beautiful signifier but we have to guess, to a certain extent, what the signified is. Traditionally, the butterfly has symbolised the soul: its fragile wings, erratic flight and array of colours are eminently suitable to represent the immortal soul. Dante mentions the ‘divina farfalla,’ the divine butterfly to embody the transformed soul. Because the poem seems to be addressed to the speaker’s dead grandfather, the butterfly could be a way of visualising what is intangible and elusive. The grandchild is indebted to the dead progenitor: ‘You pollinated my mind;’ ‘you painted my wings,’ thus maintaining the butterfly association in its images and lexicon. The crooner’s famous song gives the poem a warm, familiar reference and, at the same time, emphasising the flying motif, present throughout the poem, which propels the butterfly to soar to the very heights (the stratosphere). The driving force behind this piece is to be reunited with the deceased grandparent, ‘Until we can fly together again, Grandpa.’ This is a poignant and beautifully crafted poem.”

as tightly as the room will enclose you;

The pride that you felt when being selected,

the pride that made your heart pound proudly,

the pride that made your fingers tingle with anticipation, has long faded out.

Six of you will go in,

But how many of you will come out?

They say the supplies will last a year,

they say the war will be over then.

It is not your place to speak, to question,

even as a little voice in your head asks,

What if it’s not over?

What if the supplies run out?

What if I suffocate?

Walls closing in tightly around me;

will I ever be found?

The “Stay Behind Cave”, they call it,

It is an honour they say,

and honoured you are.

But the fear slowly creeps in,

as you hold your family in that final embrace.

“Post-apocalyptic scenarios are becoming more and more plausible as climate change, a renewal of the arms race and the antagonism of the super powers ratchet up and bring us ever nearer to an all-consuming Armageddon.  Stay Behind Cave can envisage such a world, in the throes of armed conflict where some have been selected to survive. The poem concentrates on the understandable worries that plague those who find themselves in the ‘stay behind cave.’ They are temporarily safe, but ‘walls (are) closing in tightly,’ a feeling of asphyxia, of claustrophobia is taking its toll. There is no guarantee of emerging unscathed from the cave experience. They can only find consolation in the final embrace of their family.

This piece conveys a simple but pointed warning, the uncertainty and threat we all live under. It is a modern version of the sword of Damocles!”