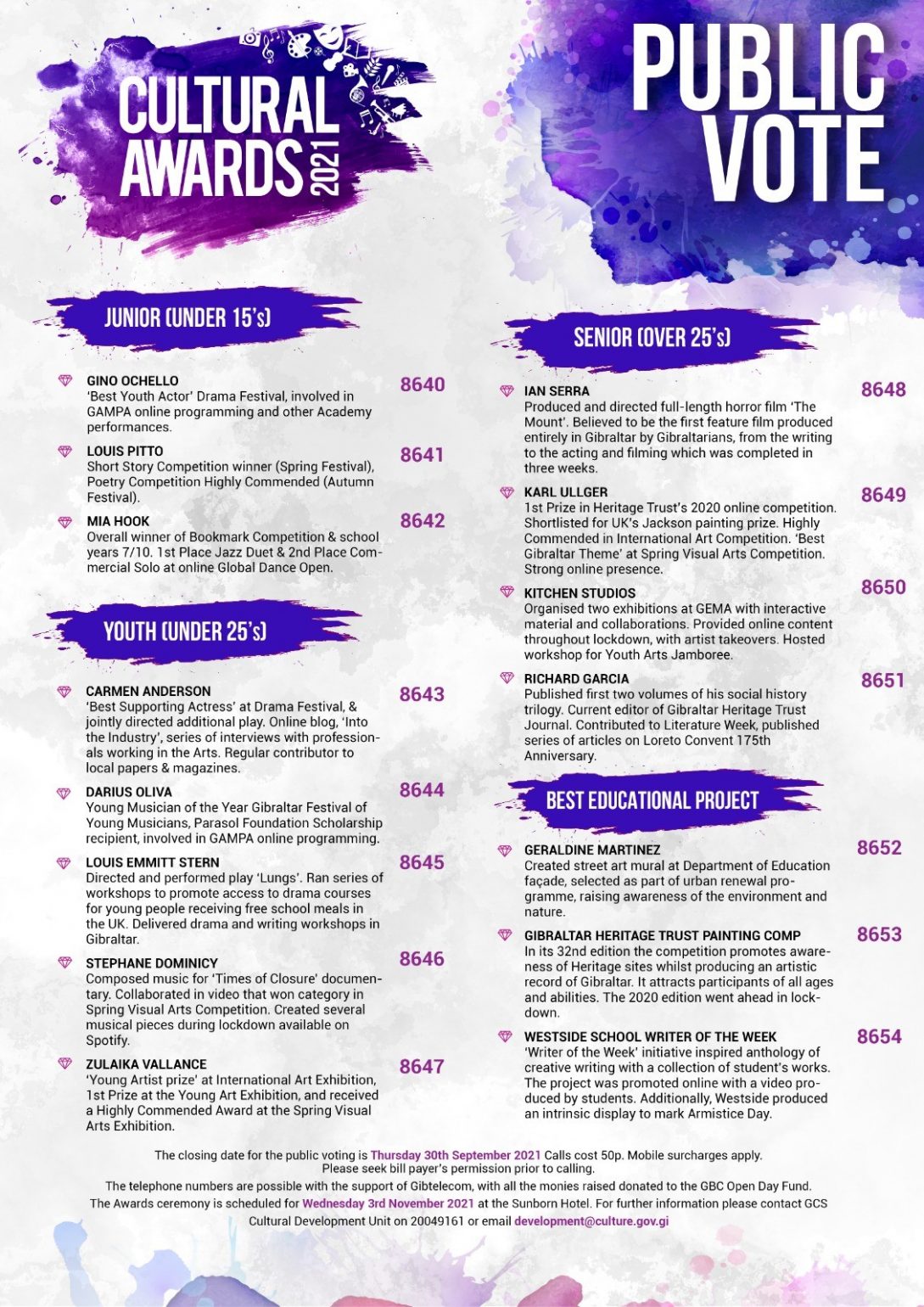 Gibraltar Cultural Services, on behalf of the Ministry of Culture, is pleased to announce that the public voting for the 2021 Cultural Awards will start on Friday 3rd September 2021 and run until the 30th of the month.

The telephone numbers have been set up by Gibtelecom and will be available for calls made from Gibtelecom landline and mobiles, with all the monies raised donated to the GBC Open Day fund. The public is encouraged to vote for their preferred nominees, these votes will then be considered by the Cultural Awards Board.

The telephone numbers for public voting are as follows:

1. Ian Serra – 8648 Produced and directed full-length horror film ‘The Mount’. Believed to be the first feature film produced entirely in Gibraltar by Gibraltarians, from the writing to the acting and filming which was completed in three weeks.

2. Gibraltar Heritage Trust Painting Competition – 8653 In its 32nd edition the competition promotes awareness of heritage sites whilst producing an artistic record of Gibraltar. It attracts participants of all ages and abilities. The 2020 edition went ahead in lockdown.

3. Westside School Writer of the Week – 8654 ‘Writer of the Week’ initiative inspired anthology of creative writing with a collection of student’s works. The project was promoted online with a video produced by pupils. Additionally, Westside produced a thoughtful and intrinsic display to mark Armistice Day.

The Awards ceremony is scheduled for Wednesday 3rd November 2021 at the Sunborn Hotel. For further information please contact GCS Cultural Development Unit on 20049161 or email development@culture.gov.gi