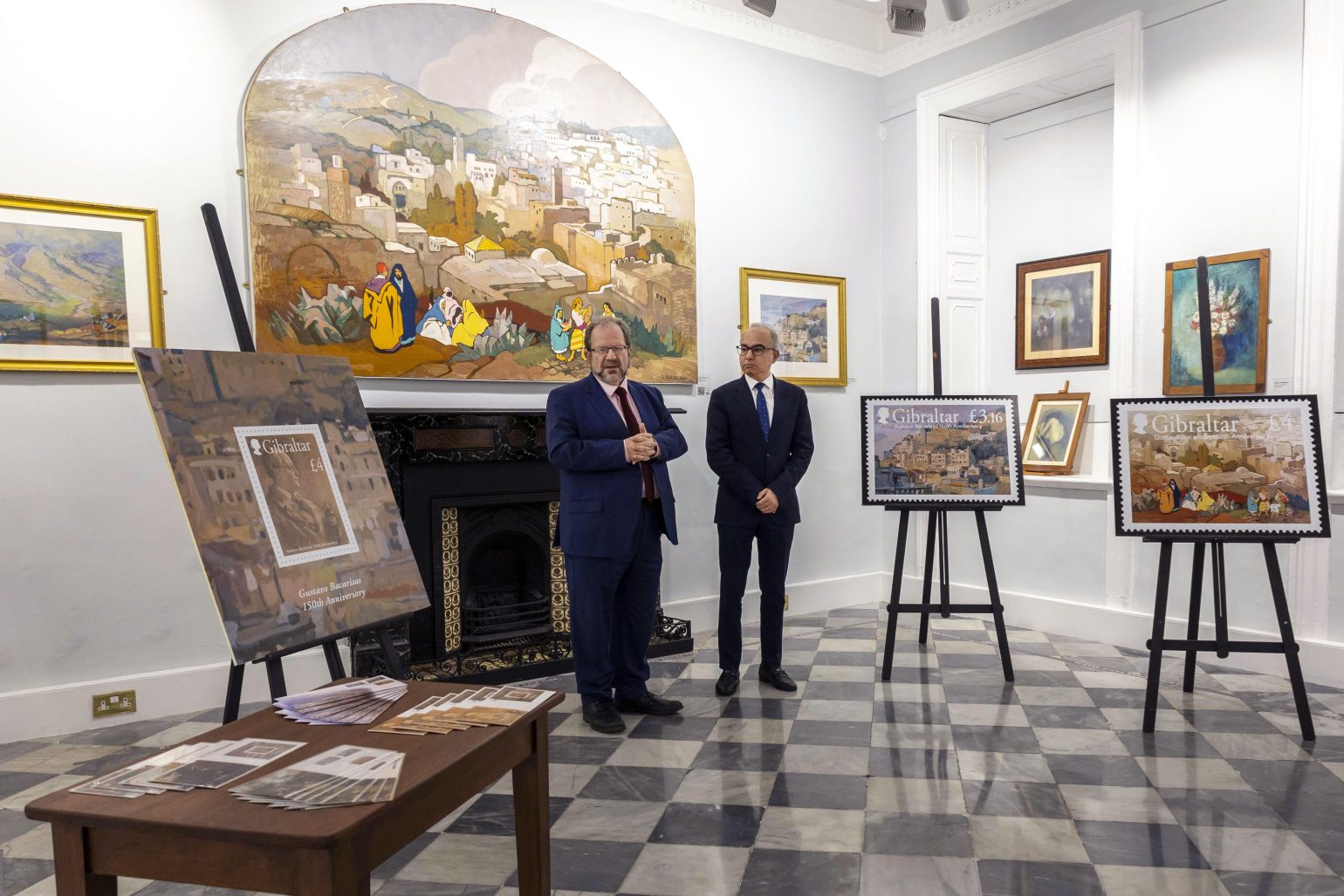 A special set of stamps to mark the 150th anniversary of the birth of artist Gustavo Bacarisas has been launched. The initiative by Gibraltar Cultural Services on behalf of the Ministry for Culture and the Gibraltar Philatelic Bureau is part of the celebrations to pay tribute to the work and legacy of the artist whose impact is still very relevant to date. The set features some of Gustavo’s artworks, all on show at the Mario Finlayson National Art Gallery and City Hall. Most of the artworks depicted have a specific link to Gibraltar, and commemorate Gustavo’s talent, life, and success.

The launch of the stamps, which had been planned for the artist’s actual birth date the 23rd September, was postponed due to the passing of Her Majesty Queen Elizabeth. The stamps depict the former monarch’s profile, so authorisation was required from The Palace for release. The Gibraltar Philatelic Bureau have confirmed that this set of Gibraltar stamps will be the last to feature Her Late Majesty’s profile. Minister for Culture John Cortes and Minister with responsibility for Postal Services Vijay Daryanani today launched the set, which is sure to be a welcome addition to any local collector.

The stamps are available for purchase online on www.gibraltar-stamps.com, from the Philatelic Shop outside the Main Post Office and from the National Art Gallery gift shop at City Hall.