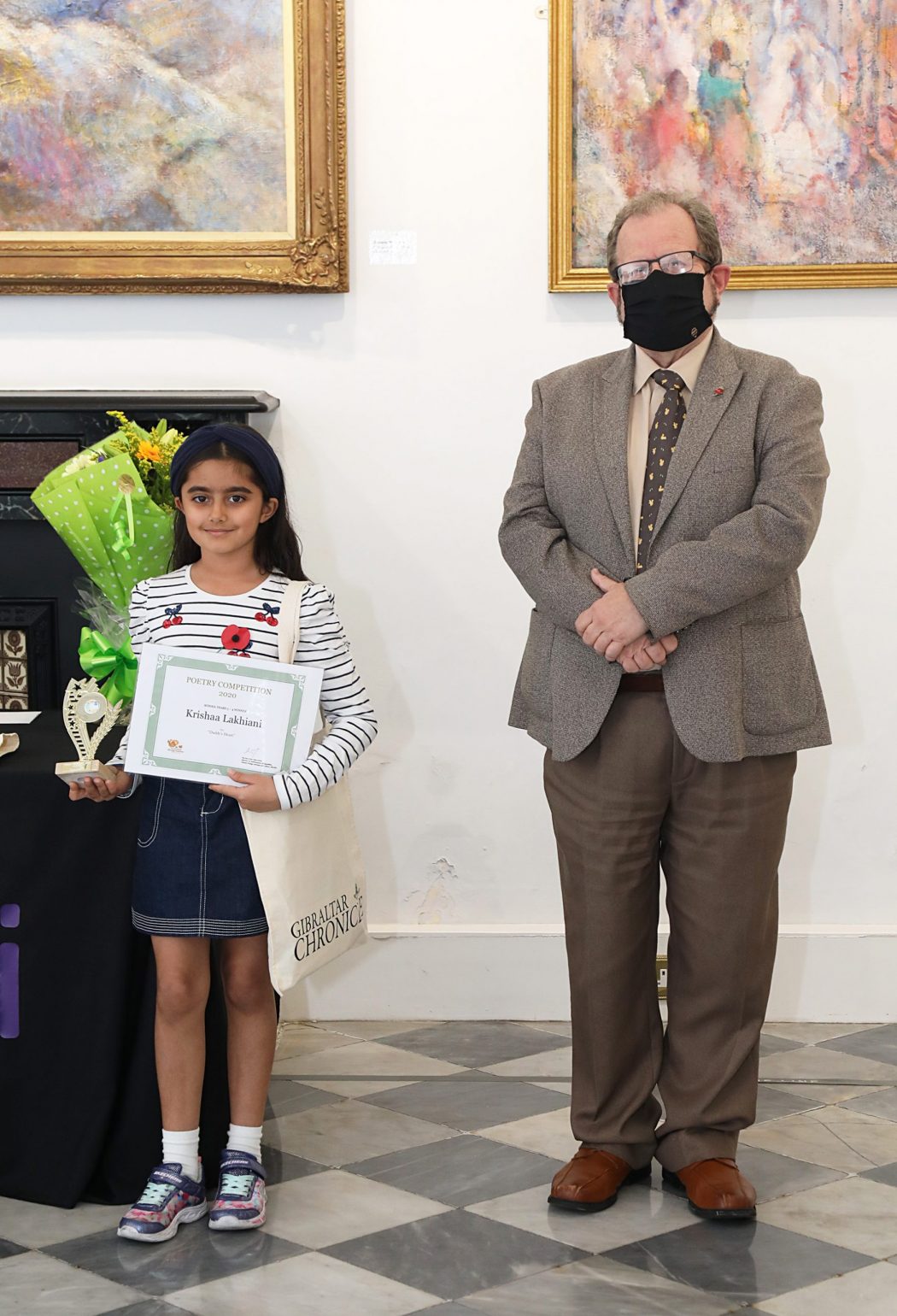 I lost him
He is gone
Lost in the wind blown away before seeing me grow into a big girl
I loved him so much
My own Superman
Flying in the sky with S on his chest
Saving the world one case at the time
But what we can’t see is most deadly
This is unfair, almost like a nasty prank
The cases stole his heart away from me
The cases stole, what I loved most dearly
Is his heart really gone?
Was he really just as fragile as others??
The wind blew him away
His heart is no longer home
No longer with me
No! Please!! I need him!
The wind took away
It took my daddy’s heart
But the wind also gave
There he was!
I knew it!
The tears rolled down my face
I knew he would come for me!
I just knew he wouldn’t leave me lonely!
Clutching him, I tried to look up
The face was different but he was there
My past tears they could fill a cup
But now it’s fine, I guess life has some hope to spare

Judge Charlie Durante’s Comments:
“A great deal of emotion has been packed into this heart-rending poem. Children transform their parents into demigods. Here, a young girl casts her dead father into the role of Superman, a modern version of a god. The father has inexplicably gone, died, blown away by illness, overwork, ‘cases.’ She cannot understand how she has been deprived of her ‘daddy’s heart’. However, someone else, with a different face but the same loving heart had taken the father’s place-a foster father, a kind uncle, a special friend? The return of the father in the form of another person is well managed- the wind took the father away, the same wind brought him back, albeit with a different body. Loved ones are irreplaceable but human nature lives in the hope that someone else will fill the empty chair, conjure up that lost smile, and flood the heart with love again. A moving poem.”

Smog covered the sky
I wasn’t quite sure why.
Gloopy water filled the streams
The rivers, and the once-blue sea.
The greenery was dry and dead
I just stood there and stared
Everywhere I looked, every place I stood
Not one piece of happiness
The survival rate was much much less.
I tried to make it much better,
Some green or a little redder
Then I realized the smog in the sky
the gloop in the stream
the colourless grass
It was all just a dream.
I can’t let the world go that way
I have to do something, from today!
45 years later:
i remember the future
From my dream
The smog in the sky
The colourless grass
The gloop in the stream
But now everything changed, it seems
No smog in the sky
Bright green grass
And no gloop in the streams
Because just one human being can change the world.

Judge Charlie Durante’s Comments:
“This poem reflects our concern with the survival of our planet. Smog has darkened the sky-during lockdown the skies above Delhi and Beijing were sparkling and translucent-waters have become stagnant and filthy-‘gloopy’ is the word in the poem. With the degrading of nature, come the rise of human mortality, the spread of disease, famine, poverty, drought and raging fires. This terrifying picture is brushed aside as a ‘dream,’ but it is more like a nightmare. However, it inspires the speaker to take action to reverse the process, to foster nature and renew the earth. Then, forty-five years later, the dream has become a reality. This could be seen as mere wish fulfilment but, as we know, if enough people share the dream (witness Greta Thunberg), politicians might then heed them and the earth might still have another chance to flourish.”