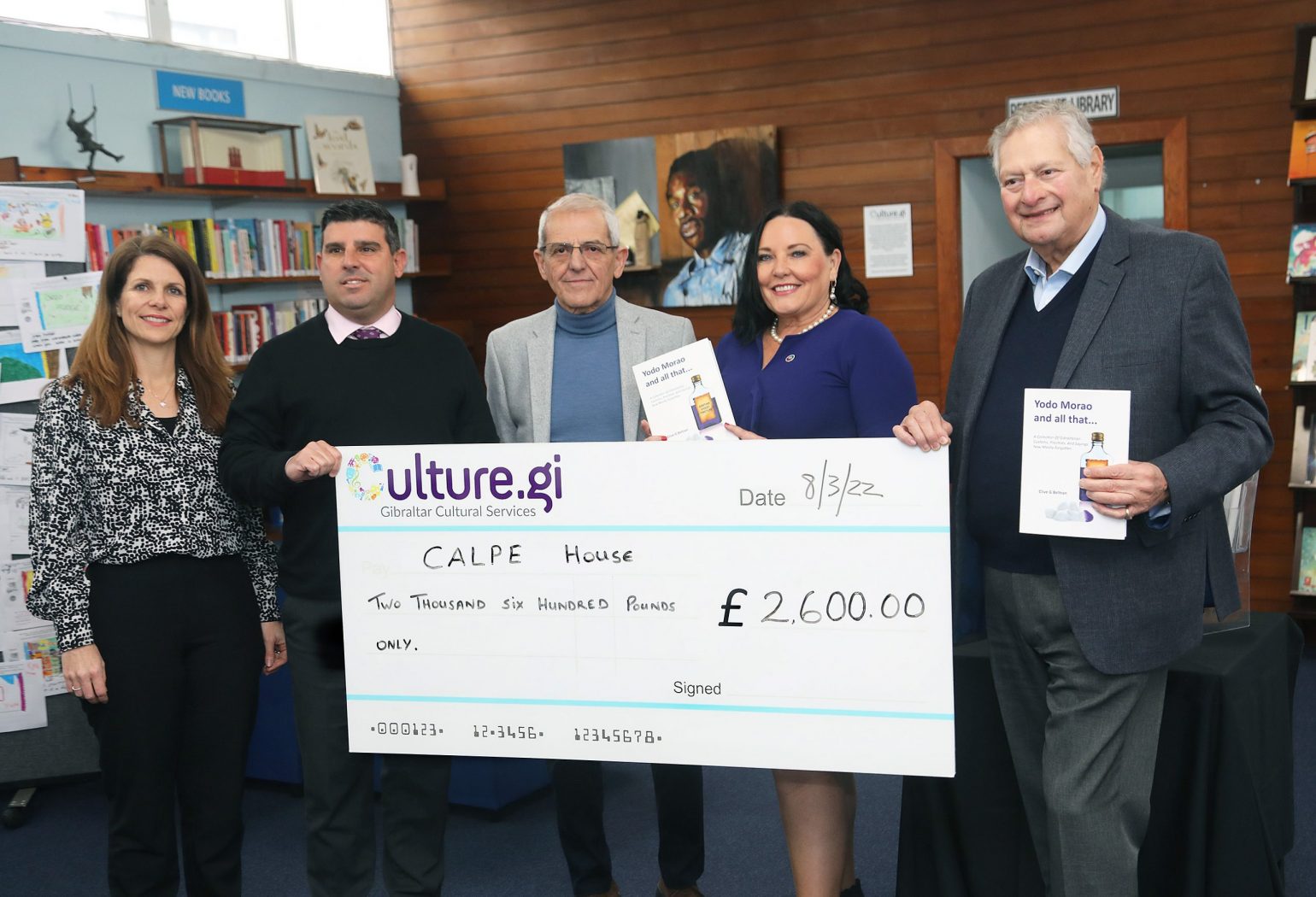 A further donation of two thousand six hundred pounds has been presented to Calpe House Charitable Trust following the sales of ‘Yodo Morao and all that…’ by Clive Beltran. Gibraltar Cultural Services’ CEO, Seamus Byrne and author Clive Beltran presented the cheque to the Charity’s Albert Poggio. The total money raised so far is £8600 with another cheque expected later in the year.

The sale of the books has proved extremely popular, prompting a re-print. This is the second donation made to the charity, with six thousand pounds previously presented.

‘Yodo Morao and all that…’ describes Gibraltarian customs, practices and sayings, many no longer in use, and some long forgotten, the author writes anecdotally based on his childhood and early youth, reminiscing about Gibraltar from his perspective as part of the baby boomer generation.’

The Chairman of the Board of Calpe House explained how the funds had been well received and had paid for the completion of a business suite at Calpe House. Mr Poggio extended his gratitude to the community and Gibraltar’s charitable nature when it came to supporting the charity. He added, it was apt that this book which is all about the community was helping to support Gibraltar’s home away from home in London.

Copies of the book can be purchased from the John Mackintosh Hall and The Gibraltar National Museum priced at £20.For further information please contact GCS’ Cultural Development Unit on 200 49161 or email: development@culture.gov.gi 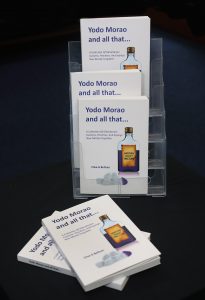