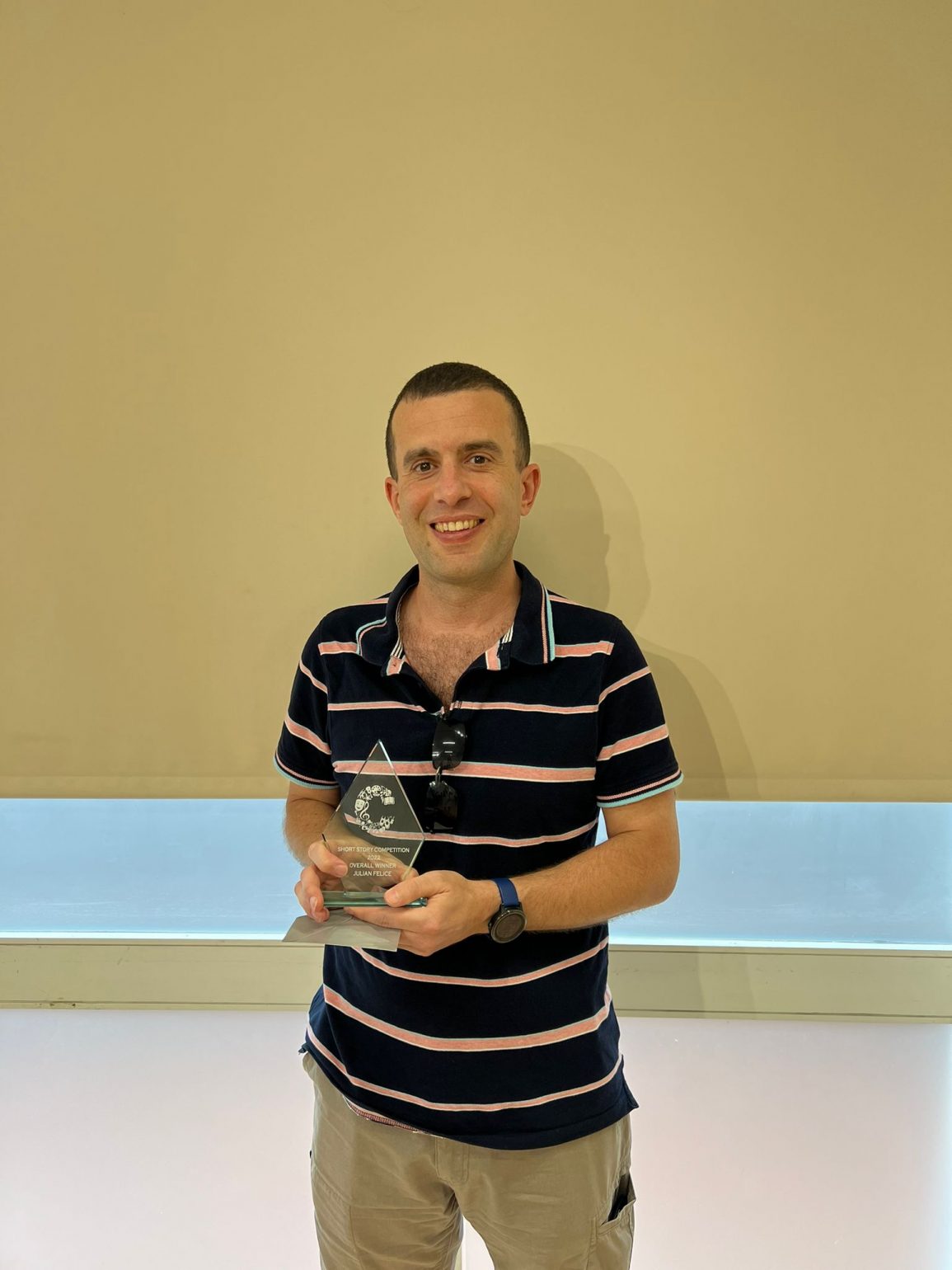 The writer stopped short – even though he had not written a single word for a while – and stared at his laptop screen. Ever the self-analyst, he tried to retrace the steps that may have led to this improbable occurrence. Yes, as a writer he was obviously prone to insomnia, but he was used to little sleep, and this had never resulted in any hallucinations before. He took a cautious look at his coffee cup but could find no evidence that it had been contaminated in any way. Besides, he was miles from anywhere, and who would want to drug a struggling storyteller (to say nothing of the fact that he had been drinking from the same vessel all week, with no similar after-effects)? He was about to call out but, being the apanthropist that he was, he had retreated to a fortress of solitude for two weeks, and had seen no one but the cleaner. He briefly considered phoning someone but, in all honesty, who would believe him? Running out of options, he could only do what he had seen on cartoons numerous times and rubbed his eyes vigorously, but to no avail: when he opened them, the words he had not written were still showing on his screen.

There was a tense pause, during which he almost convinced himself that this was just the by-product of a late-night cheese snack, but more words appeared, jolting him.

‘Thank Heavens!’ the new line read. ‘I thought you weren’t going to reply.’

‘Where are you?’ typed the writer.

‘Reggie…from my story?’ he wrote, incredulously.

‘Reggie, the fictional character from my fictional story?’

‘Yes,’ the writing on the screen reaffirmed. At this point, the writer stood up, put his hands to his head, and paced around the room. This was not possible – he thought to himself – a character from his own story communicating with him through his own computer. His first instinct was to run, to leave it all far behind, hide behind a closed door and forget this ever happened. But he was a writer, and that natural curiosity is hard to resist, so he returned to his desk.

‘OK,’ he typed, uncertainly. ‘So how is this happening?’

‘We don’t really know,’ came the eventual reply. ‘We’ve been trying to contact you for a while and, somehow, we managed it.’

‘Ha?’ This was not typed – the writer had exclaimed aloud when reading the names of some of the other characters in the story he had been writing for the previous six months.

‘We were hoping we could ask you a question,’ said Reggie.

‘Sure,’ replied the writer, aware that he had about a billion questions of his own.

‘Is your story almost finished?’

The writer knew the answer to that one. His editor asked the same only a few days earlier, and he had consulted his notes to be able to give him an estimate. Besides, he only had a few days left on the cabin’s lease.

‘Oh.’ Even over the screen, the writer could sense the disappointment.

‘We were wondering,’ came the reply, ‘if you would consider keeping going.’

‘Yes. You see, when you finish the story…

What’s going to happen to us?’

‘Well, Marisa and Brian get married, but you could probably guess that, and you find a new lease of life when you quit university and decide to go travelling instead. It’s quite a reversal.’

That’s not what I meant.’

The writer was thrown. But finding yourself telling one of your own characters how the story would end would do that to anyone.

‘What happens to us when the story ends?’

The writer had no answer.

‘We stop existing,’ said Reggie. ‘The last page turns and we are no more.’

‘Well…’ stammered the writer, ‘lots of people would read the book and you’d be alive to them, right?’

‘Lots of people?’ repeated Reggie. ‘That’s quite presumptuous given your poor sales so far.’

Damn – a review from one if his own creations!

‘And, anyway, when someone reads the story all we end up doing is re-enact the same events over and over again. It gets a bit – ‘

‘I was going to say dull, but you’re the one with the thesaurus next to you.’

Why was he surprised that Reggie would turn out to be so brazen? He had created him like that.

‘We like it here,’ appeared on screen. ‘This world you’ve created for us, it’s nice. It’s picturesque, it’s cosy, it’s idyllic. There’s a pub, a school, a church, a village green. Maybe in the next chapter you could add a cinema? But we’re happy here.’

There was a pause.

‘Are you reeling because I used the word ‘nice’?’ asked Reggie.

The writer smiled – he was beginning to like Reggie. But, then, of course he would.

‘No one ever thinks about the lives that are cut short when stories end.’ The writer could feel Reggie’s passion. ‘Think about the thousand of characters who have ever died with that last full stop. You writers, you create us, and then you destroy us. Without so much as a thought for the lives we are yet to live.’

‘I guess I’ve never thought of it like that,’ acknowledged the writer.

‘Oh, by the way, early on you wrote that I was lactose intolerant, but then in chapter sixteen you have me drink a milkshake. Can you be more careful about continuity? That was a difficult day, I tell you.’

‘Thanks. Thank you so much.’ With that, the conversation disappeared.

The writer carried on writing. And he never stopped.

“The Voice is one of those stories which cross the boundary between reality and fiction.  With the advent of virtual reality, the digital world, the omnipresence of laptops and smart phones, we have entered an alternative universe, one which threatens to undermine our everyday world. The initial ‘Hello’ of our story emanates from the virtual world a character in a story manages to communicate with the writer.  No explanation is needed though implausible at the moment, we cannot tell what the world of AI, intelligent robots, and sophisticated communication systems will eventually achieve.

This wonderful story consists mainly of a dialogue between the fictional character, Reggie, and the bemused author. Reggie is intelligent, knowing and slightly pedantic with a humorous streak.  The exchange is ably handled, until Reggie acquires all the characteristics of a real person, to the extent of being worried about his and the other characters’ persistence in existence when the story comes to an end.

This overall winner is a story about writing a story, about the nature of fiction and the porous interface between reality and fiction and about surviving the whims of an author.  The judges were very impressed by the high level of literary sophistication of this engrossing story.”