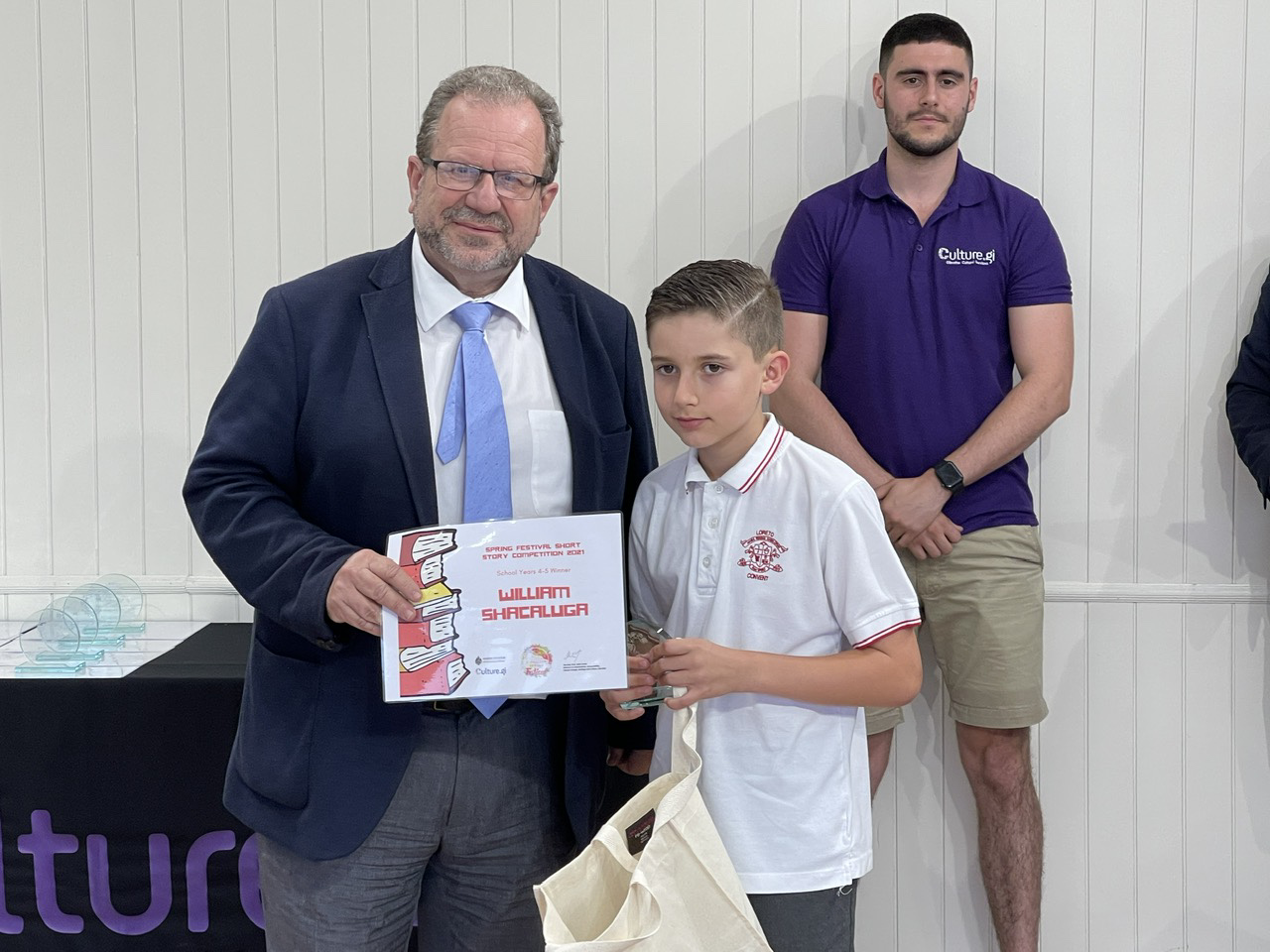 The Life of William

Once there was a boy called William, who looked pretty ordinary, except for a cool scar on his forehead.

William told us about a time when he was practicing a play at school. He was meant to play a solo part the following day for the parents. That afternoon, William went to his grandparents’ house for tea. Well, poor little William did not see what was coming. Do you want to know what happened next? I’ll tell you.

He left his shoes lying around and he accidently tripped over one and then tripped over the other one. He fell and cracked his head open. There was blood everywhere. William’s grandfather called the ambulance to take him to the hospital. In the ambulance, William passed out and woke up at the entrance to the hospital. The doctors stitched his head up and he now has a permanent scar.

Now that you know what he looks like on the outside, let me tell you about his inside, which is super and will blow your mind.

One thing to tell you quickly, is that William is dyslexic. This means he finds school hard, but he knows it’s a huge advantage in proper life. There are seven types of dyslexics that he told us about. There are storytellers, makers, entertainers, movers, imaginers, questioners and ‘people’ people. Surprisingly, William is all of these, which makes him very special. Very few people are dyslexic and not many people are all these things in one.

He loves to invent stories. William can create worlds in his mind in the blink of an eye. His imagination can run wild. He loves to build and he’s very good at creating. He makes people laugh and they enjoy being around him. He is always on the move and he loves making up games. He loves to ask questions like ‘Why not?’ and he is amazing at understanding how other people are feeling.

William has left you some advice.

“We all have an outside and an inside.  William sports a scar on his head, the result of a fall over his shoes which required medical attention and a few stitches.  However, in William’s case, his mind is far more interesting as he is dyslexic.  His dyslexia is not a drawback; instead, it means he is endowed with a whole range of skills, seven to be exact, which make him into a multi-faceted individual.  There is a freshness and innocence about William that endear him to the reader. The story ends with a word of advice: engage with the world, your dyslexia should be a spur to commit yourself and not an excuse to keep your distance and become a recluse.”

Hi, I’m Lin and I’m 8 years old. It’s a very, very hard time. When I mean ‘very’ I mean immensely hard. It’s COVID we are in lockdown. We have not left the house for weeks. I miss my friends and my extended family. I cannot even look forward to school holidays because I’m not in school. I usually have clubs like ballet, piano, netball so much stuff- all gone! I have lost my freedom!

Now that I think of it, what is freedom? The dictionary describes it as: “The power or right to act, speak, or think as one wants”. To me freedom means being oneself without asking for permission. To be able to do what makes me happy without it hurting others. So why has my freedom been taken away from me and why does it hurt so much?

My parents say it is because of COVID … we cannot get sick, and we must help others not get sick … but how long for?

“Linny come to the garden, I have an idea,” shouted dad.

“I’m called Lin,” I answered as I ran down the steps. I found my dad bouncing my basketball he looked at me, before he changed his mind or his phone rang, like so many other times, I quickly ran to him not expecting anything great.

We played and played until mum called for dinner. We had the most delicious pasta ever. Somehow mum’s cooking has developed during the lockdown. That night I went to bed with a smile, but also not really too excited about the next day.

When I woke up I felt that my dad was going to stomp in because we were late for school. To my surprise he no longer shouts or hurries me, instead we had a lovely family breakfast. Yes, we have some on line lessons, but it is not the same, there is no bus to run to.

This time mum had an idea: a family quiz! We called on all the family who joined via zoom. It was a blast. My cousins were ahead, nonetheless we tried hard to win. I really didn’t care, I liked to see my family together and having fun.

You know what? Lockdown is not that bad … we are lucky to spend more time with mum and dad. I think I’ll leave you there I’m off to enjoy!

“This story starts with the usual lockdown grouch: no freedom, no after-school activities; in fact, no school.  Lin thinks about the freedom she’s been asked to sacrifice for her own good and that of her family.  Slowly, she realises the potential for different activities during lockdown.  Life has slowed down, allowing for a more leisurely pace, for family quizzes, for mum to hone her culinary skills, for dad to become more playful, for learning in the comfort of your own house.  Though that much-coveted freedom would take a long time in coming, there were many compensating pleasures and Cecilia’s story depicts them in a very attractive manner.”

Freddie is a small white dog, with fluffy hair and brown eyes. He lives with his owners in Gibraltar. His favourite food is roast dinners and he loves cuddles. During the day, Freddie sleeps, eats and then sleeps again. He is a very happy dog. But at night, when everyone is asleep and the house is quiet, Freddie sneaks out. You see Freddie is no ordinary dog. Freddie is actually a curious dog who is a Detective!

One day, many months ago, Freddie decided to see what was at the top of the Rock. For some reason, his owners never took him to the top. He had heard them mention the word Ape but he didn’t know what this meant so he decided to find out for himself! He crept out whilst everyone was asleep and started to climb the steep hill. He really hoped that there might be some food at the top but he wasn’t sure. Crack, what was that noise? Screech and that? Suddenly he saw a large group of something which he thought could be other dogs. But he looked harder and saw some large, brown furry creatures. They stared straight back at Freddie, quite shocked to see a — dog alone at the top of the rock. Scared Freddie started to regret his decision. Would they be friendly? Did they like roast dinners like him? Should he turn and run? But then the biggest one of all reached out his hand and said …

“Come with us and we’ll show you some fun!” Freddie wasn’t sure but as he was so curious he decided to go. The Apes were screeching and yelling. They were so excited! The bigger Ape said “shall we tell you a secret?” Freddie loved secrets …. “Yes please” he said. So the Ape said “when the whole of Gibraltar is fast asleep we Apes like to have a party. We go into St Michaels Cave and we dance, drink coke and and eat chocolate!” Freddie was amazed. He had the best night of his life and he never told a soul …..

“This story is an animal fable without a moral; it’s just pure fantasy. Freddie is a very peculiar dog with a highly developed gastronomic taste, a liking for sleuthing and sense of adventure.  One night he sneaks out and climbs to the top of the Rock.  Of course, we have a dog/macaque encounter!  But there are no bad feelings; instead, Freddie is invited to a real rave up in St Michael’s Cave and has a whale of a time. This is a delightful story which would appeal to any child who loves animals and enjoys creating strange situations, especially those which are highly unlikely.”