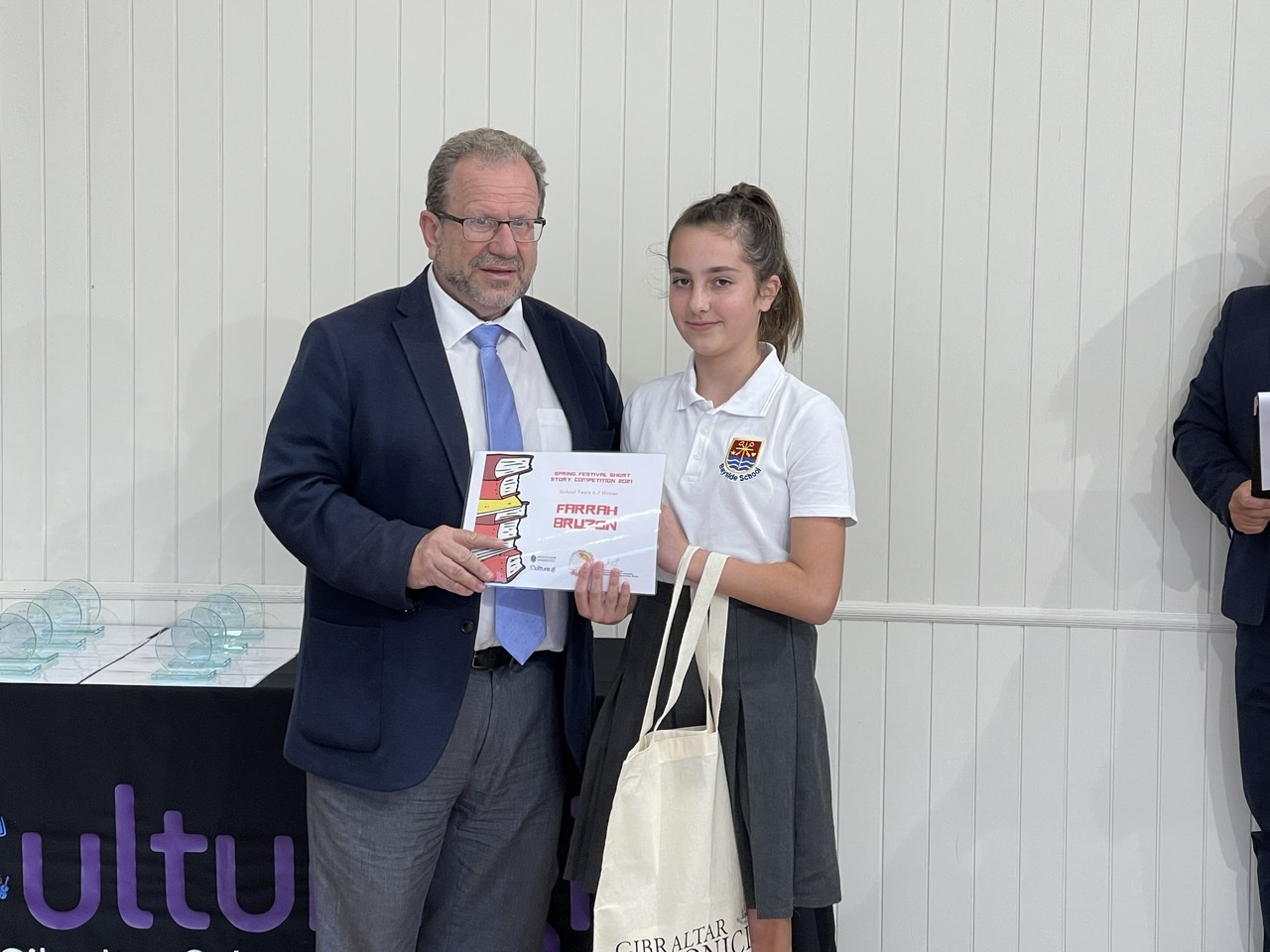 The End is Nigh

Running to an air raid shelter was typical during WWII, the extinction of a species is painfully common and don’t get me started on Donald Trump and his “election fraud” claims! But nothing could prepare humanity for what was about to happen.

It was a sunny day; people were enjoying life when all of a sudden panic spread across the world as Wi-Fi networks shut down. Kids panicked as devices became useless, mothers panicked as they couldn’t order dinner via Hungry Monkey, others panicked at the thought of having to read books without Netflix. Greta Thunberg had warned us of the climate emergency, CND about nuclear weapons and Fabian Picardo about Brexit, but could anyone have prepared us for this? People in offices, buses, trains and even within the safety of their own homes were being forced to talk to each other.

Now children were in parks exposed to fresh air, the sun’s UV rays and facing the inherent dangers of kicking balls and riding bikes. Adults struggled with the “new normal” even visiting shops as EBay was offline, youngsters forced to be charming as dating apps were no longer working. No prediction could have foreseen the unbearable pain of a family with no dinner and no Love Island!

Thankfully good news arrived; the world’s top scientists had stopped working on useless medical research, COVID vaccines and other similarly unimportant stuff in order to bring to an end the worlds suffering. Wiping out pandas (they chewed the Wi-Fi cables) and felling a rainforest, to lay new cables, was all it took to end this human catastrophe.

Hours after the ordeal had started children were once again safe indoors on their iPhones, delivery drivers were feeding the starving and families were back to watching repeats of Britain’s Got Talent without having to exchange words, normality was restored.

If only we took some time to disconnect from Facebook, talk instead of “WhatsApping”, kick a ball instead of playing Fortnite, sat at a dinner table and spoke to each other, enjoyed nature instead of destroying it, what a wonderful world it could be.

“Farrah has taken a hard look at our digital, internet-dependent society and decided it was time to give our technologically crazy world an ironic twist.  You can dismiss earlier crises as unimportant compared to what would happen if we lost the sophisticated technology which has transformed our lives, some would say for the worse.  Just think of it: no functioning laptops, no easy access to online banking, no ready-made meals delivered to your door step, no more research into Covid-19 and the havoc it has caused.  Briefly, we would have to talk, walk, go shopping, visit a park and behave in a manner now considered anachronistic and retro.  This is a delightful story, witty, funny, but with a serious underlying message: are we losing those qualities which make us human by allowing ourselves to be swamped by the digital revolution? This is a deadly serious question, but Farrah treats it lightly and charmingly.”

A War Without Guns

I snuggled my grandson into his bed so I could tell him the story about the Virus in 2019.

“Grandad!” He shouted, waiting under his sheets with fear to hear what happened whilst he wasn’t here.

“It all started like a war without any guns. The world was unwanted with curiosity of the danger we were facing in 2019. People were living their lives to the fullest, getting much bigger than we could have ever planned. We’d always had our wants, you could have anything you ever dreamed of in a day, and with just a click.”

I went on, “We noticed families were going out for dinner and they wouldn’t talk, not to say they never spoke, but the way their day to day life was moving on, was actually very sad. The children were growing up with squared faces, playing the PlayStation for hours each day and even toddlers had a phone! The skies were growing thicker, almost until you couldn’t see the stars because of the number of cars that were driving around all day in circles.” I shrugged my shoulders at the thought of how we had been living, “we had forgotten how to run, how to play and how to sing! Our parks shrunk till there were none, and we filled our seas with plastic because our waste was never stopped.”

“But then in 2020,” I continued. “A new virus came our way. The Government reacted and told us all to hide away, and whilst we were all hidden, facing the fear, people were remembering how to smile again.” I smiled to myself and added, “they started clapping to say thank you to our Frontline workers, calling up their parents and grandparents to find out how they were. We noticed that our skies were less full of voyagers, it was as if the earth began to breathe again and the beaches bore new wildlife that scuttered off into the seas.”

“Some people started dancing, some were singing, some were baking and parents were playing more with their children. Even though the world had to stay apart, in a weird but wonderful way it was bringing families closer together.”

“Months passed, and whilst we had grown so used to bad news, some good news was in the making! They had finally found the cure, a vaccine, and we were allowed to go outside again. Although, we preferred the world we found to the one we had left behind.”

“But why did it take a virus to bring the people back together, Grandad?” My grandson questioned me.

“Well, sometimes you have to realize that always having everything you think you want in life doesn’t benefit you in every way.” I replied. “Now go to sleep my boy, I hope your dreams come true.”

“The pandemic and lockdown were certain to generate a spate of stories. Jathan’s is an example of the reaction of young people to the awful reality of the disease and its aftermath.  A grandfather gives his grandson an account of what happened, but the difference here is that the arrival of the virus has shaken people out of their complacency and alerted them to the dangers of a lifestyle where all our needs were immediately satisfied and the environment was being ravaged right in front of us. For the grandfather, the pandemic has been a learning experience; it has restored our humanity and made us more attentive to the needs of others and the importance of maintaining a healthy environment.  Every cloud as a silver lining, the saying goes. This story exemplifies this truth.”

A Night to Remember

I was awoken by the fluttering butterflies in my tummy. The plane had started to descend into New York City.

As the plane approached the airport, I could already start to see the marvellous view of the skylight created by the city lights.

Shortly after, we landed smoothly and safely. A huge taxi waited for us outside the terminal and took us to our hotel in central New York City.

The drive was spectacular, especially as it was night time. It was like a jungle formed by the thousands of brightly illuminated tall sky scrapers that pierced through the sky. The incredible view of the city as we crossed the huge bridges was breath-taking. The streets were brightly lit and filled with taxi cabs and cars going to and fro in all directions. The Statue of Liberty could also be seen glowing, standing tall at a distance. Before we arrived at our hotel, we were lucky enough to drive by the famous gigantic colourfully decorated Christmas tree in Rockefeller Centre.

The following morning, New Year’s Eve, we rented out bicycles to ride through Central Park. The weather was dry but cold, at least not raining or even snowing for this time of the year. We cycled around the paths which surround the lakes, ponds and bridges, we came across people running, walking and ice skating at the rink.

The park was full of pigeons, ducks and even squirrels which raced around the park fields, trees and rocks. The most amazing thing is the backdrop of the tall sky scrapers which surround it.

We made our way back to get ready for New Year’s Eve celebrations which was fast approaching. The streets were starting to fill up with thousands of excited visitors wanting to see the famous New York City’s celebrations.

At Ellen’s Stardust Diner, we had an amazing dinner, entertained by singing waiters and waitresses. We sang and danced night long.

Just before midnight, we were all surprised by the restaurant staff and we were escorted by the New York City Police out of the restaurant to see with our own eyes the famous Time Square Ball drop and brilliant firework display.

This was definitely a night to remember ….

“The Big Apple has attracted visitors from all over the world.  Its majestic skyscrapers, long avenues, honking taxis, incomparable diners, racial mix, have exerted their powerful influence, even over those who prefer things on a smaller scale.  Anna describes a visit to New York during the Christmas period when the city is more than usually festooned with lights and decorations.  She paints an attractive picture of the city, a city which has its bright, glowing side, but also hides poor, deprived areas where life is hard and precarious.  This ugly aspect of New York is absent from Anna’s account, but she has definitely done justice to the buzz and glitter of this indefatigable city.”