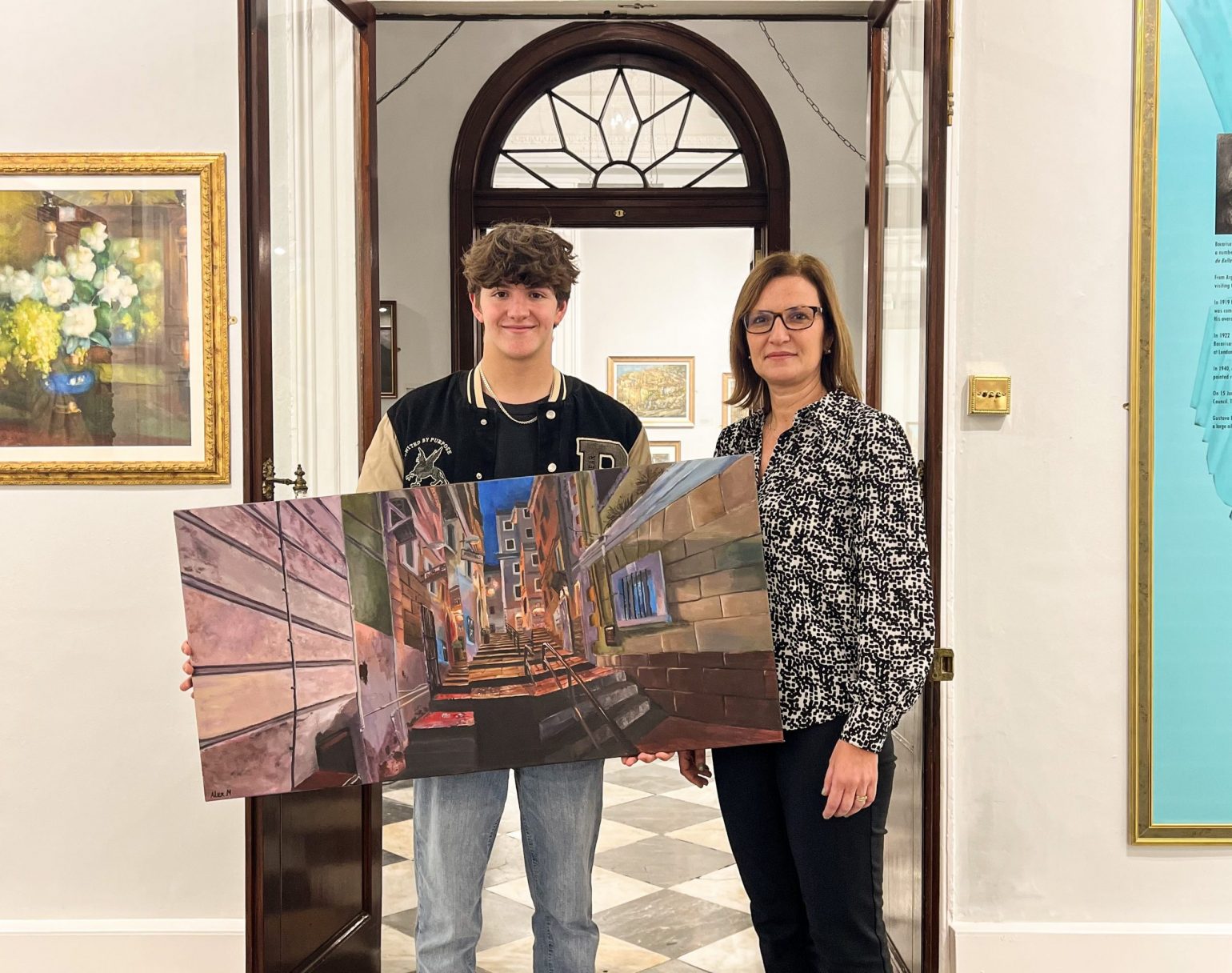 Alex has received a prize from GCS of £100. When asked to comment on his painting, Alex said: “For ‘Bishop Rapallo’s Ramp’, I was mainly inspired by the contrasting colours of the blue and orange lighting in the pictures I took. The painting is a composition of three photographs I had taken of three angles of the alley, which I aligned side by side to give the painting a distorted effect.”

The People’s Choice Award encourages visitors to play the role of adjudicator and vote for their favourite artwork. Voting slips were handed in at the John Mackintosh Hall reception to ensure the ‘one vote per person’ rule. A total of 74 votes were received over the two-week period.