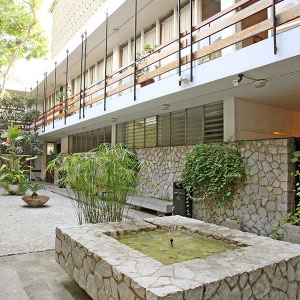 The name of the hall pays tribute to Gibraltarian philanthropist John Mackintosh. John Mackintosh was born on the 15th July 1865 at 22 Prince Edward’s Road to father John Mackintosh – a native of Scotland who had settled in Gibraltar to do business as a general merchant, and mother Adelaide Peacock.

John Mackintosh Jnr grew up to become a prominent and wealthy businessman and great benefactor to Gibraltarian society. Throughout his life he always strived to aid the poor, aged and sick. He had a special affinity to help enhance the education of Gibraltarian youth and particularly as stated in his will to promote “the English language, English history and literature.” For this purpose he left in his will in 1938, a bequest to build a place to strengthen the cultural and educational ties between Gibraltar and the UK.

After his death in 1940, following his wishes his trustees commenced plans for the purpose-built Centre. The chosen location was the site of the old military Grand Stores, which had been damaged by the RFA Bedenham explosion. The architects decided to follow the Mediterranean architectural style and traditions with a series of connected courtyards and the use of trees, shaded areas and fountains to provide relief from the intense Gibraltarian summer heat.

Today the John Mackintosh Hall is the main cultural Centre in Gibraltar. It is the home of the Gibraltar Cultural Services offices and sees on average over 100 different events in a year within its different facilities.

The hall is comprised of the following venues: 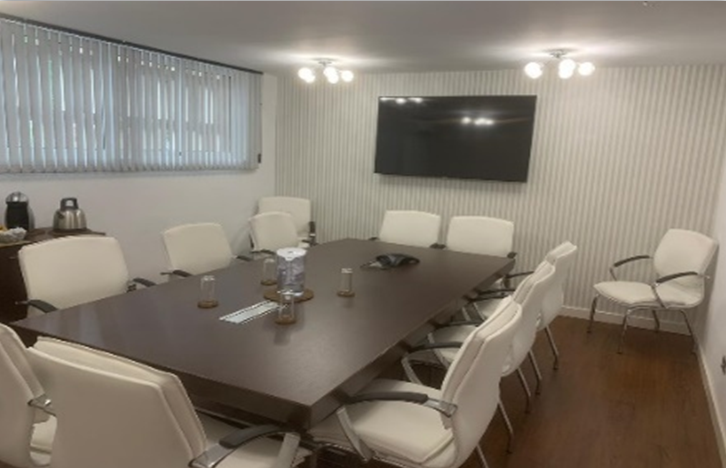 A small and modern conference style meeting room located on the top floor of the John Mackintosh Hall. Ideal for small executive meetings. 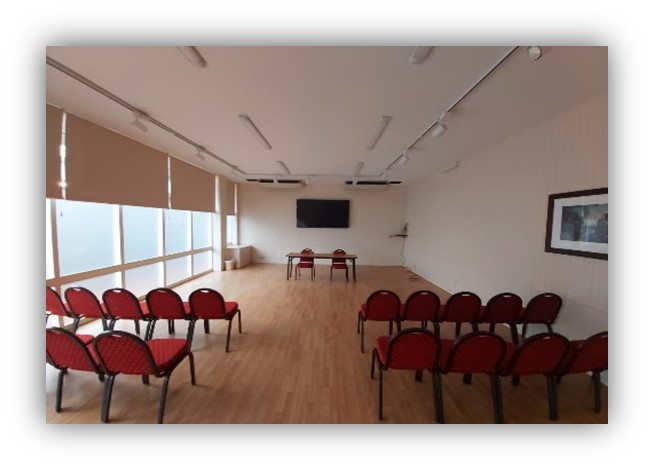 Named after Charles Hunt, the first Director of the John Mackintosh Hall, this is the largest meeting room in the facility. Ideal for lectures and presentations. 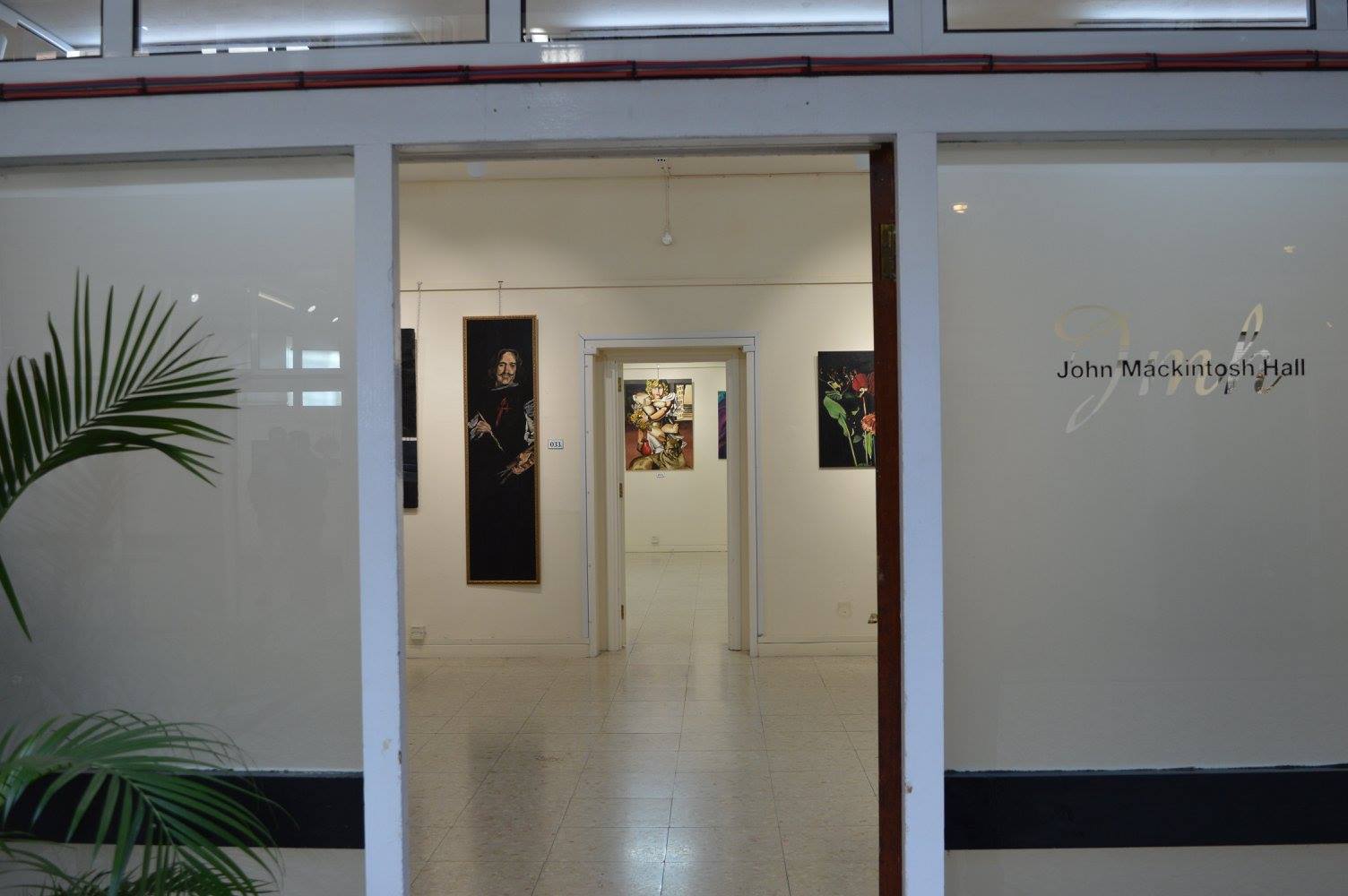 An exhibition space with two separate adjoining rooms located on the ground floor of the John Mackintosh Hall. 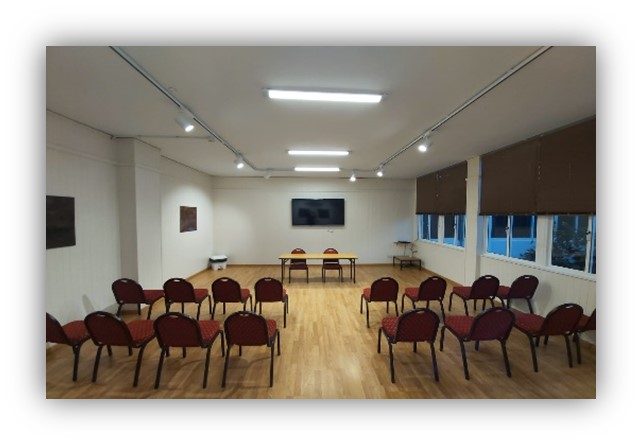 An ideal room to cater for meetings, lectures, and presentations.

The John Mackintosh Hall Library, the only public lending library in Gibraltar, holds a central place within the JMH complex and is an essential component of the local society.

In his will John Mackintosh left a specific request for a public library to be incorporated within the proposed cultural centre. The provision of a library was a matter of importance to the Mackintosh family. John Mackintosh’s father had been a member of the Exchange and Commercial committee which had established a library for the civilian population in 1817, in response to the growing civilian’s community protests at being excluded from using the Garrison Library.

Today the current library holds over 10,000 books and is committed to restocking their collection with new volumes every six months. The library has a well-stocked reference section that includes the European Documentation Centre, where you can find all news relating to the E.U. Students have access to most text books used in the GCSE’s and A‘level curricula. Furthermore, you will find a large selection of books by local authors and many publications on Gibraltar, Gibraltar issues, its history, and its most prominent public figures.

The library also provides photocopying services and the free use of computers with access to the internet. There is also a special section dedicated to children and toddlers furnished with bookcases designed for young children and colourful tables and chairs.

Membership is available free of charge to Gibraltar residents upon production of ID card and to non-residents by paying a £20 deposit fee. This deposit is refundable upon cancellation of membership providing no books have been damaged or lost. To become a member please complete the form below and submit to the library staff.

The library now has a digital catalogue, where you can search for books and renew or reserve books online (password required for renewal). To access the catalogue please click on the following link:

For more information on the library and the services it provides please contact us on 20078000 or jmhlibrary@culture.gov.gi 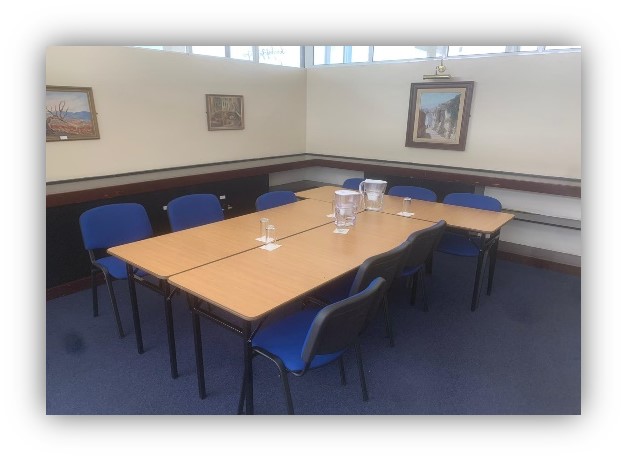 A small meeting room situated on the ground floor of the John Mackintosh Hall.

If meetings or any other event were to continue after hours an extra charge of £22p/h will apply. 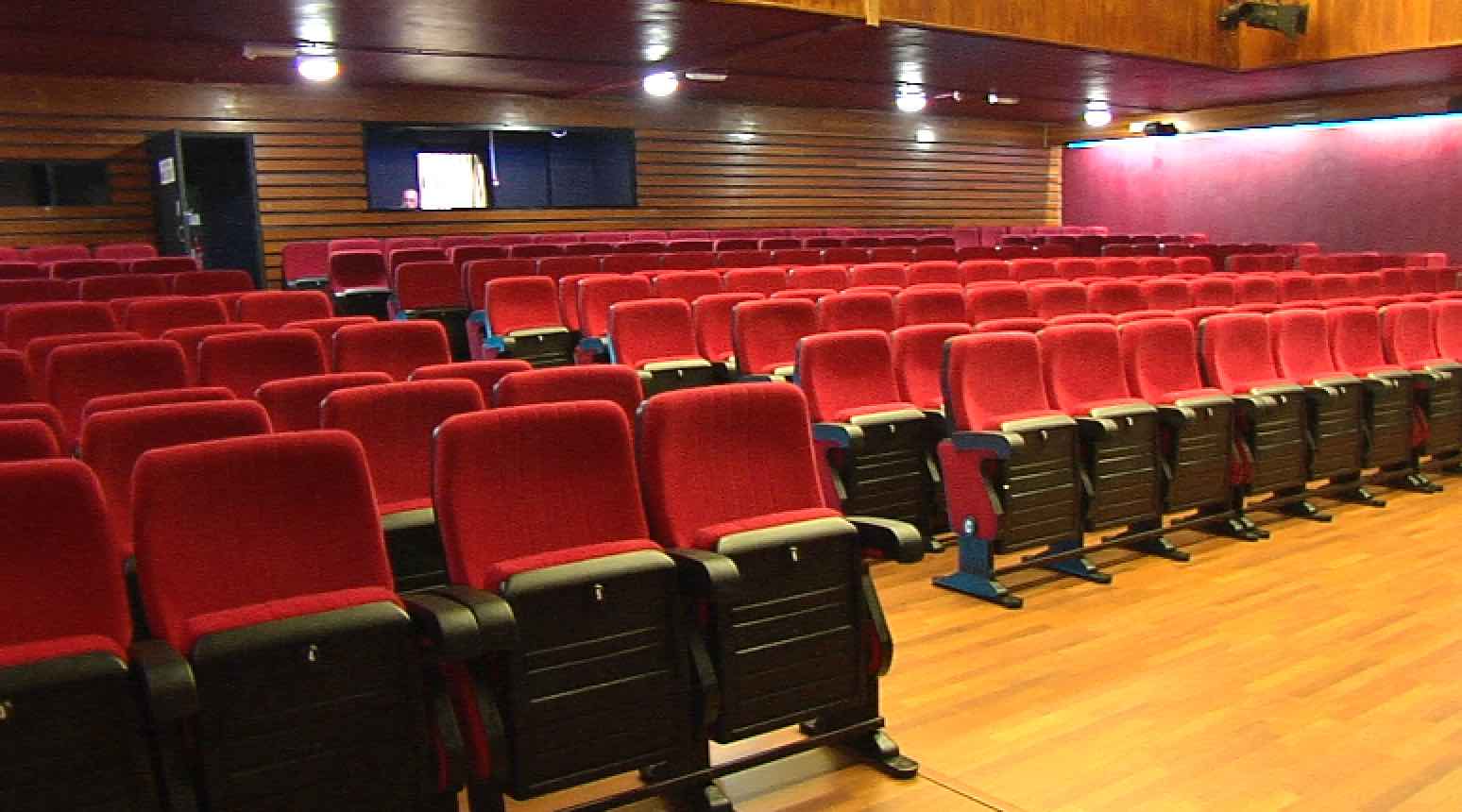 This Theatre was funded by the late Gibraltarian entrepreneur John Mackintosh. This philanthropist supported many causes and was keen to invest in the welfare of Gibraltar. He donated his fortune to a trust for the furtherance of the cultural and educational needs of the community. His wishes were set out in his will, with the construction of the John Mackintosh Hall facility as a cultural centre which includes the theatre. This venue is host to many local and international productions. 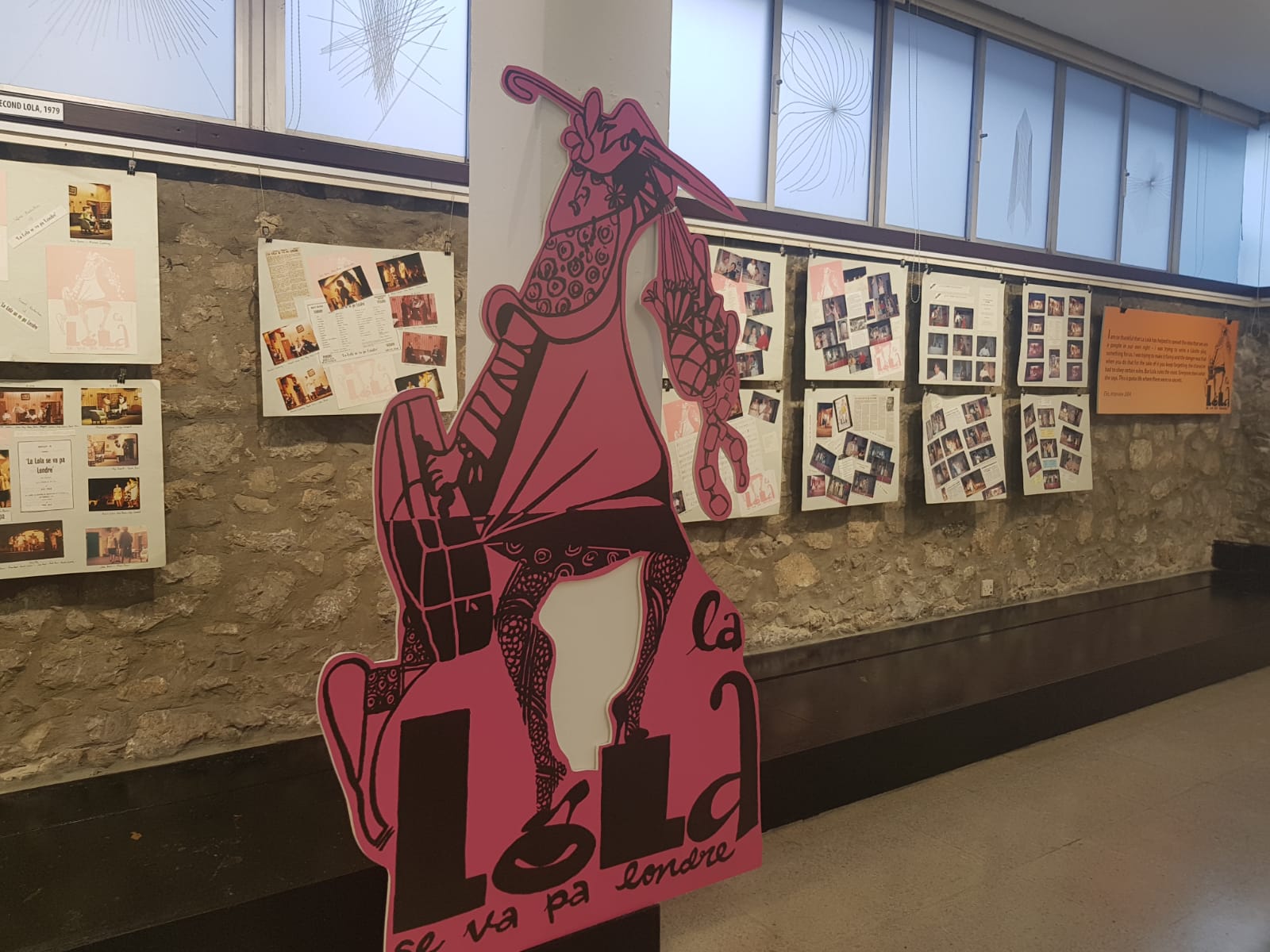 A popular gallery space located on the ground floor of the John Mackintosh Hall. This facility is located next to the cafeteria and is used for many types of exhibitions. 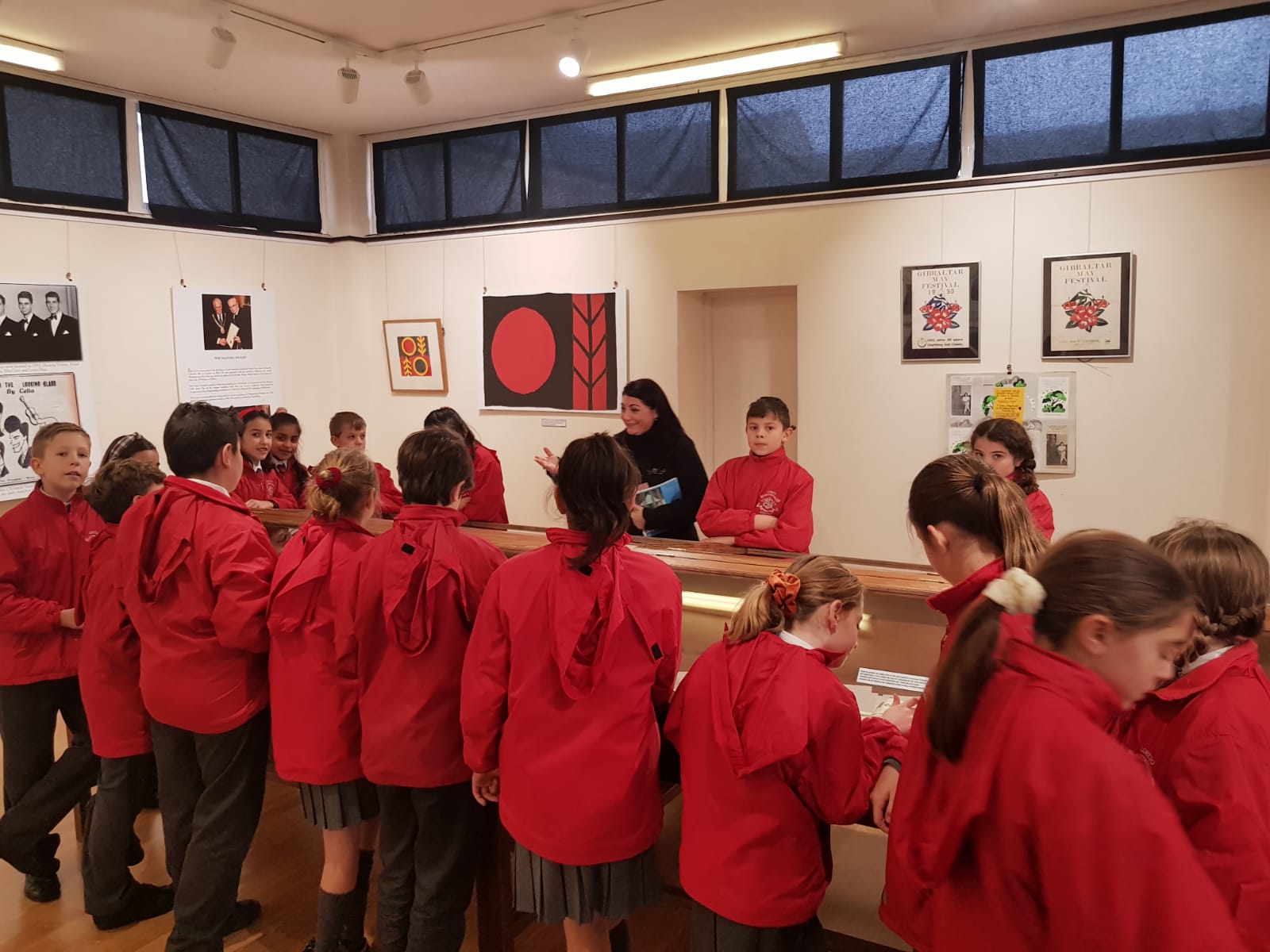 An exhibition space located on the first floor of the John Mackintosh Hall.